Fostina Dixon is a native of Wilmington, Delaware where she studied with the late Robert “Boysie” Lowery. As a young woodwind insrumentalist she played for the Delaware All-State Band and was selected for the American Young Symphonic Orchestra which toured Europe. She went on to study with such great musicians as Frank Foster, Buddy Colltet, Vic Morosco, Joe Viola, Andy McGhee and William Bowie.

Also, Ms. Dixon has worked with and made television appearances for shows such as the popular “NY Undercover Cop” series, WNYC Channel 31s “Perspective in Jazz,” NBCs “Today in New York” with Dr. Billy Taylor and a special TV presentation “Salute to Bobby Vinton.” Fostina's extensive career has carried her into theatrical performances of the Musical Theatre Works production of “All Girl Band” and Playwrights Horizon production of “Jazz is a Lady.” She has performed at the Women's International Film Festival in New York City and “Sisterfire,” a festival in celebration of women artists sponsored by the Flamboyant Ladies Theatre Company.

Fostina has received a Christi Award for her contributions to promoting the arts in the community, an Outstanding Arts Educator award from the Delaware Board of Education, and an Outstanding Contributor award from the Council of Jazz Advocates for her work as an arts educator and the Founder and longtime Executive Director of the Wilmington Youth Jazz Band.

Fostina Dixon’s soulful, jazzy, funky, gospel sound is as unique as it is mesmerizing. One of the few female jazz instrumentalists to front her own band, Winds of Change, the saxophonist, composer, vocalist and educator’s comeback album in 2016, “Here We Go Again” has garnered complimentary reviews.

After a storied early career that included playing alongside such Jazz greats as Abbey Lincoln, Melba Liston, Frank Foster, James “Blood” Ulmer, Tom Browne, Roy Ayers, playing in the Gerald Wilson Big Band, touring with Marvin Gaye and many other experiences too vast to mention, Fostina has made significant contributions to the arts and education scenes.

Some artists Fostina has recorded with are James Blood Ulmer, Frank Foster, Roy Ayers, The Fat Boys, Major Holley, and Leslie Drayton's Big Band. She has worked as a studio musician for HEA Productions, Inc. and done many radio and TV commercials. Frequently, Ms. Dixon has taught music for elementary and high school in the New York, Los Angeles and Wilmington areas, as well as, several cultural centers, churches, the New School and New York University.

2009 Christie Award Winner. October of 2009 awarded by the Board of Education in Delaware for Outstanding Art Educator.Awarded Outstanding Contributor to the World by Council of Jazz Advocates 2006. Nominated International Woman of the Year, 2001. Honoreee of Afro-American Historical Society of DE, 1999. Awarded Eubie Blake Award by Dr. Billy Taylor. Featured in numerous books: Black Women and Music:More than the Blues, Black Women in America Bands and Orchestras, The Genuine American Music, American Women in Jazz and more...

“She is a player of impeccable control and skills with highly independent ideas.” — American Women in Jazz

“She adeptly showcases her virtuosic flair juxtaposing melody and improvisation...” — All About Jazz

The Christi Award workshop on May 10th was a huge success. Fostina continues to do the Jazz/Soul Workshop including the relationship of many forms of jazz and R&B music. Founder of the Wilmington Youth Jazz Band from 2003. Students from the Tri-State area of Delaware, Pennsylvania and New Jersey come to this workshop seasonally to learn the fundamentals of improvisation

The Christi Award workshop on May 10th was a huge success. Fostina continues to do the Jazz/Soul Workshop including the relationship of many forms of jazz and R&B music. Founder of the Wilmington Youth Jazz Band from 2003. Students from the Tri-State area of Delaware, Pennsylvania and New Jersey come to this workshop seasonally to learn the fundamentals of improvisation. Performances have included the Clifford Brown Jazz Festivals,Dover's African-American Festivals and the Kennedy Center. Upcoming funraiser: April 3rd, 2009 at the Wilmington Music School featuring Norman Connors.The WYJB annual concert will be on June 6 at 6:00pm at East Side Charter School. Fostina will be performing with Winds of Change 2 in the coming months. 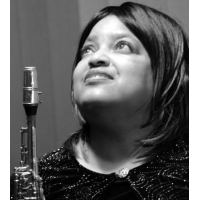 All About Jazz musician pages are maintained by musicians, publicists and trusted members like you. Interested? Tell us why you would like to improve the Fostina Dixon-Kilgoe musician page.