The prime representative of the Catalan-rooted culture of Alghero, a fisherman’s village in northern Sardinia, the singer Franca Masu breathes and transmits an artistic spirit filled by both land and sea, as well as a progressive mentality deeply anchored in the ancient traditions of the millennium-old cultures of the Mediterranean. Alghero has always been the region of Sardinia with the most exposure to the outside world, constantly searching for new contacts and exchanges with the Spanish and Portuguese coasts of the western Mediterranean arch. Franca Masu’s voice is a tender mélange of the maritime air and the artistic sensations from neighbouring and sister cultures that have intermixed and influenced one another mutually throughout the centuries. Her deep and piercing voice, full of suggestive shades and colours, intensely versatile all the while, has found its purpose in the musical world. 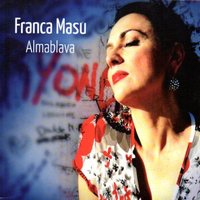 All About Jazz musician pages are maintained by musicians, publicists and trusted members like you. Interested? Tell us why you would like to improve the Franca Masu musician page.