Narrator and Innovator, everywhere a foreigner and yet profoundly Italian. A jazz musician irresistibly attracted to revolutionary processes in his eternal search for creating More.

Listen to Francesco Bearzatti’s “Dear John” (2019) and you’ll understand how. Much more than a tribute to John Coltrane’s mark on modern jazz and sax playing, it’s a love letter that pays homage to the legacy and goes beyond by introducing new and highly individual elements to the music … “Sometimes, originality lies in sincere imitation and then in a respectful questioning of tradition.” (Brian Morton)

Listening to rock and punk rock legends leaves an indelible influence on the young Bearzatti, growing up in the Friuli province of northern Italy. He devotes several years to rock and pop music, performing in local nightclubs and recording electronic music which continues to pervade a lot of his work. Graduate in clarinet Conservatory of Udine, Italy, he goes on to perfect his studies at Jazz Mobile, New York with George Coleman.

Among the first and formative experiences has got to be the album Live At Vartan (1995) and ensuing US tour with the first Russian trumpeter to make it on the American scene Valery Ponomarev and versatile drummer Ben Riley, best known for his work with Thelonious Monk. In 1994 Bearzatti forms the Kaiser Lupowitz Trio with Enrico Terragnoli on guitar and Zeno De Rossi on drums. Clearly inspired by New York, the Trio stands out for its deep folk drive and embarks on a journey “without limits” and marked by “a joy for experimentation and respect for tradition”. They record Dommage (1996) with guitarist Kurt Rosenwinkel and You Don’t! (1998) at the Systems Two Studio in Brooklyn with Josh Roseman.

Making his mark on the European scene

Suspended Steps (1998) is Bearzatti’s first album as lead musician and sets the tone for European success. Paolo Birro on piano, Marc Abrams on double bass and Max Chiarella on drums, it’s largely an original repertoire and includes tributes to Coltrane and Rollins. This album “leaves no room for doubt about what Bearzatti’s made of and is an inspiration to other emerging artists”. The public and critics like the French magazine JazzMan love it. The Narrator produces a dynamic balance between delicate lyricism in his theme and vigour in his solo pieces with an originality, yet incredible ease that by now had become his trademark.

Subsequent years spent in Paris mark a high point in Francesco’s career. He forms a great friendship with the versatile jazz and rock drummer Aldo Romano and contributes to Because of Bechet (2002). Even when collaborating with other musicians Bearzatti remains true to his style. He can enter in perfect symmetry with a band but always allows room for lyrical flights of genius, phrases on the verge of aphasia whilst remaining riveted to the basic melody. He meets the virtuoso organ player Emmanuel Bex and forms the Bizart Trio. The “multi-woodwind ace” man’s the helm on Virus (2003) and “undoes conventional organ-based trio fare with some cleverly devised arrangements to produce a wonderfully inventive outing indeed!” What’s the secret? In the thirst to produce More, Bearzatti leads the band in altering previously rendered motifs via cunning improvisational opuses, in concert with a silky-smooth edge. The Trio replicate the following year with Hope joined by the grand master of Italian jazz Enrico Rava.

Bearzatti’s talent is undisputed with the 2003 award Best New Talent by Top Jazz, a panel of Italian experts organised by the iconic magazine Musica Jazz. A string of awards follow suit and in 2011 he’s formally recognised at the European level as Best Musician by the French Académie du Jazz, one of the most prestigious awards in the world of jazz. Dubbed a versatile artist in his own right and a precious sideman.

Innovator at his best

Whilst mindful of the lessons from the great jazz masters which dominate his techniques, the dynamic musician from Udine Italy is never at a loss for venturing into new ground. Bearzatti’s projects are many and varied. It’s this very ability to combine his works with a versatile and restless culture that caught the eye of the Académie du Jazz. Experimentation is what he does best and on Gianluca Petrella’s Indigo 4 (2004) he helps the trombone player defy genre definitions and produce music that’s “fresh, bold, bizarre but effective, it’s the new style!” When he joins Giovanni Mazzarino’s Quartet he explores the hidden corners of the harmonic and rhythmic structure, playing with borderline accents and phrases without ever losing sight of the intention of the piece. He’s a member of the band committed to experimentation Licaones, offering an incredible balancing act between lounge acid jazz, blues, funk, touches of classic Hammond and Latin, not to mention jazz improvisation. As sideman he contributes to the outstanding playing on Giovanni Guidi’s Avec le Temps (2019) recorded with the biggest European jazz label ECM. Bearzatti continues his love of crossing borders with the man born with the piano accordion Carmine Ionanna.

Calling the award-winning Stolen Days (2016) a rock tribute is nothing short of an understatement, it’s much more. Under the guise of the Sax Pistols, Bearzatti is joined by Stomu Takeishi on electric bass and Dan Weiss on drums to produce “an intense, lively and visionary record.” Bearzatti knows how to introduce the listener to new scenarios where tradition, rethought with flair and autonomy, makes contact with contemporary tastes and sounds. This time the Innovator produces electronic effects that make his sax often unrecognisable: closer to an electric guitar than a reed instrument. Unconventional music runs its path between free, rock, ethnic and psychedelic scenarios with ease and effectiveness.

Bearzatti gives voice to his love for narration through his tributes. He leads the Tinissima Quartet with Giovanni Falzone on trumpet, Danilo Gallo on bass and Zeno De Rossi on drums and releases Suite for Modotti (2008), Suite for Malcolm (2010), Monk N Roll (2013) and This Machine Kills Fascists (2015). Each album takes you on a special journey, tells a story in a way that has Bearzatti’s mark all over them. The tribute to human rights activist Malcolm X summarises all the qualities of Bearzatti as a musician and especially a composer and band leader. His work narrates but does not celebrate. Rather than replicate music styles he opts for a language beyond the period in question. This ability to straddle the avant-garde and tradition has one reviewer raving, drawing comparisons with Charles Mingus and insisting that it deserves careful and repeated listening to appreciate its ability to be a complete work, at the crossroads of history and news, politics and culture. Small wonder Malcolm is awarded Best Album. Bearzatti’s interpretations are unique. Take the cleverly interlacing of Monk’s themes in Monk N Roll with some of the most popular songs in the history of rock. Or the transition between melancholy and vitality, blues folk and original inventions in This Machine to produce a strong statement about social inequalities and thereby deliver the vision of political activist and singer-songwriter Woody Guthrie.

Live album Lost Songs (2018) has jazz writer and critic Brian Morton hooked: “They simply have to be heard and it’s astonishing how music so calmly unassertive should be so commanding too. Bearzatti and Casagrande invite us in at the beginning and hold us right to the end.” The duo’s improvisation is described as a conversation of dance elements rendered with an almost mathematical elegance yet at the same time incapable of lending themselves to analysis. All compositions by the sax player and a perfect example of how method and creativity behind the Narrator and Innovator combine in the exploration of More.

Bearzatti perfects his art, and when he’s not producing albums, he’s touring the continents. Committed to supporting jazz in his homeland as a judge on the look out for budding musicians and he’s loyal to his fan base in person and on his official Facebook page. 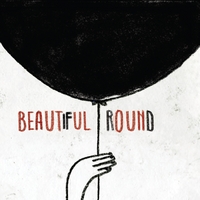 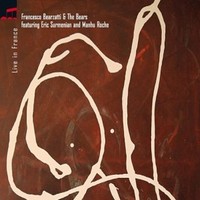 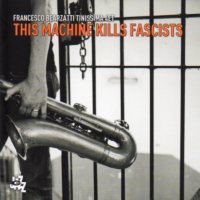 All About Jazz musician pages are maintained by musicians, publicists and trusted members like you. Interested? Tell us why you would like to improve the Francesco Bearzatti musician page.