Tenor Saxophonist and composer Francesco Geminiani comes from beautiful Verona (IT) before moving to Switzerland, NYC and Paris. An endless musical curiosity drives him across styles and melodies, sharing the stage with great human beings across the New and the Old World. Inspired by the masters, he embraces impressionism to connect with the curious listener.

In March 2018 “Auand records” released his album “Colorsound”, this work has been entirely recorded and produced in New York City with some of the best up and coming young musicians: Rick Rosato on Bass and Mark Schilders on drums.

His second Album “Red Sky, Blue Water” has been released in the spring of 2021 by “Fresh Sound New Talent”. This time he is joined by a dynamic rhythm section with Manuel Schmiedel on piano, Rick Rosato on bass and Daniel Dor on drums.

Beside his work as a leader, Geminiani stands out as an in demand tenor saxophonist of its generation. Constantly performing and recording internationally, he is now based in Paris collaborating with great artists of the NY and European Scene such as Arthur Hnatek, Hermon Mehari, Plume, Marta Sanchez, Tony Tixer, Alessandro Lanzoni, Arnaud Dolmen… 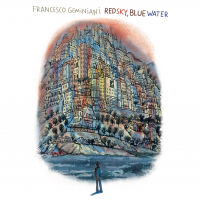 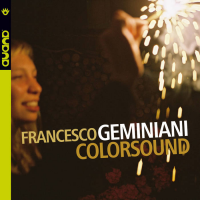 All About Jazz musician pages are maintained by musicians, publicists and trusted members like you. Interested? Tell us why you would like to improve the Francesco Geminiani musician page.