Born in Illinois in 1978 and raised in Nebraska, Frank Basile began his musical studies in grade school. After four years on clarinet and alto saxophone, he made a permanent switch to the baritone saxophone. Once in high school, Basile’s interest in jazz began to grow and, with the help and encouragement of his parents, he sought out further instruction on the ins and outs of this great music. Basile was soon playing in numerous big bands and combos throughout the Omaha area. His senior year in high school, he won the Nebraska Jazz Orchestra’s first annual Young Artist Competition.

Basile decided to continue studying music in college, and he enrolled at the University of North Texas. While at UNT, Basile played in the world-renowned One O’clock Lab Band for six consecutive semesters. In the 1999-2000 school year, Basile was named UNT’s Outstanding Undergraduate Student in Jazz Studies. Basile was also a recipient of a Downbeat Student Music Award in 2001 in the Jazz Instrumentalist category.

After graduating with honors and a bachelor’s degree in Jazz Studies from UNT, Basile moved to New York in the summer of 2001 as a selected member of the first Jazz Studies program at the Juilliard School.

Basile has released 3 recordings as a leader: Thursday The 12th (2007), Pepper Adams Complete Compositions Vol. 4. (2010), and Modern Inventions (2012). When not appearing as a sideman, Basile can be heard with his quintet, which performs regularly throughout the city. Show less 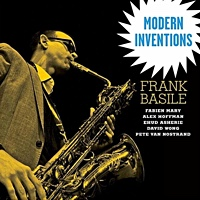 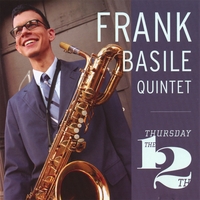 All About Jazz musician pages are maintained by musicians, publicists and trusted members like you. Interested? Tell us why you would like to improve the Frank Basile musician page.