Since he was a landlocked Dallas, Texas kid, beach culture has held a tropical mystique for pianist/composer Frank LoCrasto. Family trips documented by camcorder videos, featuring slinky jazz-fusion soundtracks are etched in the Brooklyn-based artist’s memory. In his mind, there will always be a fantasyland replete with wicker furniture, pristine beaches, swaying palm trees, the smell of vanilla-scented suntan lotion, and breathtaking aqua water expanses.

These days, LoCrasto uses his imagination, evocative musicality, prodigious chops, and eclectic sonic palette to create dreamy musical locales. His transporting compositions are genre-defying but informed loosely by the feel of jazz, ambient music, Latin, vibey 1960s and 1970s B-movie film scores, and exotica. His tunes are dynamic and dimensional, brimming with thoughtful instrumentation choices, lush orchestrations, and melodies and movements that exhibit narrative instrumental arcs. His recordings are vibey, and favor little atmospheric imperfections that lend them a warmly organic feel. LoCrasto has just released his soundtrack to the 2012 comedy-drama, Sandbar, and, in the Summer 2021, he will issue his fifth solo album.

“Several different things inspire that transporting feeling of my music. These days, it can come from something I read, a movie, or a photo I saw. The cover art on the front of old LP's definitely transports you. It's an artifact made in a different time that's basically a window into the past—time travel into a different time I'll never know. Those types of visual elements I find hugely romantic. That, and the sound of tape,” LoCrasto shares.

To date, the Texas-born, Brooklyn-based artist has released four solo albums (When You’re There 2006, El Dorado 2011, LoCrasto 2015, and Lost Dispatch 2019). He has composed and recorded music for three feature length films (Sandbar 2012, Union Furnace 2015, Stranger in the Dunes 2016), and has had songs placed in the 2014 movie, Obvious Child, and the 2020 HBO series, How to With Jon Wilson. In addition, LoCrasto has recorded and toured with Cass McCombs, Pat Martino, Jeremy Pelt, James Iha, Parquet Courts, Fruit Bats, Nicholas Payton, Greg Osby, Okkervil River, and Wallace Roney. He has also appeared as a sideman on over 70 albums. Prior to the pandemic, LoCrasto was actively touring with his band, Cass McCombs, the Fruit Bats, and Grateful Shred.

LoCrasto’s father is a bassist and his mother has always been supportive of the arts. At age 5, his parents bought him a Casio keyboard and enrolled him in piano lessons. Yet, it wasn’t until he was 8 years old that LoCrasto found his way with piano. Eschewing lessons, he made progress on his own, playing by ear, and, by the age of 10, LoCrasto was playing paid gigs at the mall.

For high school, LoCrasto attended Booker T. Washington High School for the Performing and Visual Arts in Dallas, a haven of taste and talent which boasts alumni such as Erykah Badu, Norah Jones, and Roy Hargrove. While in that fertile music environment, he thrived and earned the prestigious Presidential Scholar in the Arts award. LoCrasto also earned a scholarship to the world-renowned New School in New York. Relocating to New York, he began associations that landed him gigs with heavyweight jazz artists, including jazz guitar icon Pat Martino. Eventually, LoCrasto migrated to the vibrant NYC singer-songwriter scene, savoring the creative freedom the milieu afforded.

As a busy sideman, LoCrasto has had to release solo material in five-year gap increments. The benefit of the quarantine, so far, has been that he can finally release his solo material in a timely fashion. The first album LoCrasto will be issuing in this active downtime is his soundtrack to the 2012 indie comedy-drama, Sandbar.

This is LoCrasto’s first soundtrack, and he rises to the challenge masterfully, composing and producing the music, and tapping top notch musicians from his inner circle to round out the recordings. This warmly lo-fi collection of dreamy 1960s soundscapes evokes the movie’s “everything is gonna be alright” mix of sadness and quirkiness. Select standouts include “Christmas Is You,” a collaboration with Jessica Martins; “Spin The Bottle,” which was reappropriated by Casey Neistat in his YouTube “Hong Kong McDonald’s” video; and “Abandoned Car.” “Christmas Is You” has a 1960s Phil Spector girl group feel to it with a languidly luxurious ballad poise enhanced by lush piano and acoustic guitar interlay, and Jessica’s sensual vocals. “Spin The Bottle” boasts a tropical tango rhythm and pastel chord changes lending it an elegant “pass the martini” feel. Palm trees and pristine beaches come to life on “Abandoned Car.” This track, with its slinky percussion, airy backup vocals, and breezy acoustic guitar and jeweled piano melodies, poetically captures a “tropical dreaming” movie moment.

These days, LoCrasto is making the most of pandemic life through writing, recording, and releasing new music. “I miss being on the road and being inspired by different places, but this freedom right now is joyful and comforting,” LoCrasto says. He will follow up the Sandbar score with an official solo album in the summer of 2021. This album will be polished, featuring luxurious strings, woodwind, and brass orchestration, and compositions that wind through a multitude of thoroughly composed sections. The record will offer a variety of transporting vibes, including Iranian musicality, Brazilian samba moments, and songs that sound like they were pulled from 1960s French New Wave films. LoCrasto wrote and tracked the album during quarantine, piecing together remote individual performances to make full string, woodwind and brass sections. Show less 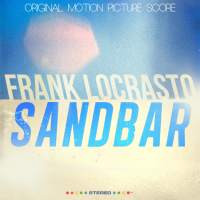 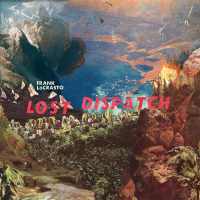 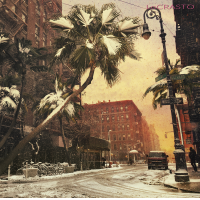 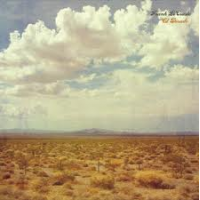 From: El Dorado
By Frank LoCrasto

All About Jazz musician pages are maintained by musicians, publicists and trusted members like you. Interested? Tell us why you would like to improve the Frank LoCrasto musician page.