Freddie Redd that is- consummate improvising keyboardist/composer whose original score on Blue Note for Jack Gelber's searing play “The Connection” reverberates eternally down the marble halls of the charm(ed) school of indelible jazz, thanks to Freddie's bewitching melodicism, nimble pianistic pyrotechnique, and the keening cry of Jacke McLean on alto (there's also a recording of Freddie's score on Felsted acquired on a Japanese cd reissue some years ago, with trumpeter Howard McGhee an extra added ingredient in the original mix, his quintet actually listed as the featured artist, Freddie ghosting his own parts under the moniker “I Ching”)

Outside of Herbie Nichols, Freddie Redd is one of the greatest unsung ivory-huntin' heroes of jazz and a very nice man for sure. Freddie is given a hero's welcome, tumultuous ovation by the nearly sold-out, ecstatically cheering crowd where he plays, a joyous whooping throng which included such luminaries. Freddie tremendous form with his fluid technique and improvisational genius on full display, fully undimmed over the years, and in the excellent company of hard bop saxmen Lou Donaldson or smoking Donald Harrison.

One cliff-hanging moment occurred at a New York, when stalwart veteran bassist Mickey Bass's hand seized up at the top of the second set with Redd. Without a moment's hesitation young Dwayne Burno came up out of the audience, jumped onstage, stepped up to the plate, picked up Mickey's acoustic bass while they guided the ailing older jazzman gingerly offstage...and without missing more than about 4 bars mit out bass proceeded to kick it up a notch, or 2, or 3--BAM!!--(as in, Bassist A Mofo...or au Go Go...life's a flow-flow)--to the bass manner born, in other words (in point of fact Dwayne as it turns out is Donald Harrison's regular bassist and had actually played most of these Redd compositions before...so it wasn't QUITE the miracle it looked to be to the crowd...still, it was pretty damn awe-inspiring, as young Dwayne literally saved the day for night. As with so many overlooked artists, you couldn't exactly call this a comeback gig for Freddie Redd (although it was billed along those lines)--as his musical gifts had never deserted him.

Born in New York City, May 29, 1928, Freddie Redd has seen and made a lot of music. Although his recordings are sparse, his talent is immense, both as a composer and performer. While he was exposed to music early it wasn't until he was in the military, in 1946, that it was clear what he was going to do with his life. In his own words:

“...it just blew my mind! it was Charlie Parker and Dizzy Gillespie playing SHAW' NUFF. Now I'd learned a little boogie woogie to fool around with “ but when I heard that I thought 'This is something that I got to do.'” From that point on Freddie didn't waste anytime. After the military he went to New York City and got a firsthand account of the new jazz scene.

But a more significant outcome from New York, was the opportunity to record 3 albums on the Blue Note label, Music from The Connection, Shades of Redd, and a long unreleased third session. In addition it was during this time that Freddie played with many of the finest artists of the day including Art Blakey, Coleman Hawkins, Tina Brooks, Sonny Rollins, Charles Mingus, Lou Donaldson, and many others. It was Mingus who brought him to the west coast, which is where he wrote the San Francisco Suite recorded on Riverside.

His most recent work is Freddie Redd and his International Jazz Connection featuring original music composed by the pianist and featured in the world's first Jazz Video Album in his own words. Released in 1998 the album is dedicated to Representative John Conyers, the democrat from Michigan who authored House Resolution 57 designating jazz as America's national treasure.

While there are not many recordings of Freddie Redd and he may be hard to catch up with, he keeps busy performing and composing. And thanks to a Mosaic release of all the Blue Note recordings in 1989, a resurgence of interest in his work has occurred. Of course if you ask Freddie, he'll tell you he's been here, making music, all the time. Show less 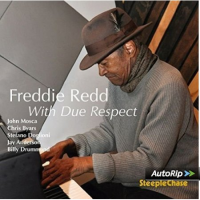 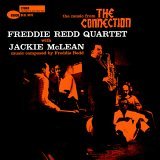 The Music from The... 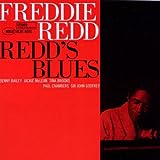 All About Jazz musician pages are maintained by musicians, publicists and trusted members like you. Interested? Tell us why you would like to improve the Freddie Redd musician page.