From concerts, recordings and military service in Seoul, Korea to jazz festivals as a Jazz Ambassador; conducting orchestras across the United States as a musical director to recording and producing records as a pianist and leader of his own group; Fred Hughes has had a long and varied musical journey.

Fred began studying keyboards and low brass at the age of 8 and by age 12 was a member of Local 294 of the American Federation of Musicians in his hometown of Lancaster, Pennsylvania. He performed alongside his father in the New Holland and Bainbridge Bands on tuba and in his dad’s jazz group on organ. Professional performances continued with his own organ trio until graduating from high school.

In 1979, Fred enlisted in the United States Army and upon advancing out of the Armed Forces School of Music, was assigned as a tuba player in the First Army Band at Fort George G. Meade, Maryland. His keyboard prowess soon had him playing in the duty combo, show band and big band with the First Army Band as well as an organ trio in his off-duty time in the Baltimore/Washington area. He also performed with the UMBC Jazz Ensemble, under the direction of Ron Diehl, playing with such guest artists as Al Cohn and Ashley Alexander.

1981 to 1985 was a period of tremendous opportunity for Fred, not only as a member of the Eighth Army Band in Seoul, Korea, but numerous performance opportunities in his free time. As a soldier- musician, he was rising quickly up the ranks, reaching the rank of staff sergeant. His responsibilities included leader of the duty combo, show band, and big band for the Eighth Army Band as well as operations noncommissioned officer; overseeing the booking of the organization.

In his off-duty time, Seoul was becoming a hotbed of jazz activity and Fred was performing almost every night of the week by the time he left Korea. His group, Just Friends, had recorded six albums for the Oasis/EMI label and had become popular across the Korean Peninsula; performing for sold- out houses and to live radio and television audiences. It was through these performance opportunities that Fred had the honor of being chosen to serve as the rehearsal conductor and jazz coach for the MBC Pops Orchestra.

Returning to his native Lancaster in 1985, Fred began performing extensively in a piano trio setting with the group Alternative. Alternative, which included Harrisburg legend Sammy Banks on drums and the formidable J.J. Wiggins, now Hassan Shakur on bass. Alternative was in demand in the Central Pennsylvania area and was the house band at what is now the Eden Resort Inn in Lancaster.

In 1989, Fred reentered the military joining the United States Army’s premier touring jazz ensemble, the Jazz Ambassadors. As pianist and soloist for the Jazz Ambassadors, he performed in all fifty states, Canada, Mexico, Japan, and Europe; with jazz greats Arturo Sandoval, Ed Shaughnessy, Allen Vizzutti and Toots Thielemans; and at such prestigious jazz festivals as the Newport, Montreux, Nice and North Sea Jazz Festivals.

Fred left the Jazz Ambassadors in 1996 and the Fred Hughes Trio released their first recording, Out Of The Blue, in December of that year. Although the Fred Hughes Trio had gotten its start in the jazz clubs of Washington, DC in 1989, it wasn’t until 1996 that the group began to flourish with performances at the 1996 Summer Olympics, the Elkhart, Rehoboth, and Cape May jazz festivals as well as becoming the rhythm section for groups including the Vaughn Nark Quintet and Tim Eyermann’s East Coast Offering.

The Trio has performed with such artists as Claudio Roditi, Jon Fedchock, Warren Vache and Larry Coryell and the group’s recordings include Out Of The Blue (1996), Live! (1998), No Turning Back (2001), New Day Dawning (2006), In The Mist (2012), Love Letters (2015), I'll Be Home For Christmas (2015) which received 5 Stars from Amazon.com, 3 ½ stars from Downbeat and garnered considerable radio airplay; finishing out 2015 in the number 5 slot on the CMJ Jazz Radio Chart, and Matrix (2016) which spent 5 weeks in the #1 spot on the Top 50 Jazz Album Chart at Roots Music Report and finished 2017 in the Top 5 of the Roots Music Report’s Top Jazz Albums for 2017. The Trio has a DVD, In Concert (2002), released by GMC in the Republic of Korea. A sampling of the groups performing credentials includes the East Coast, Clifford Brown and Mid-Atlantic Jazz Festivals, tours to the Republic of Korea in 2001 and 2002, and clubs and concert venues from Toronto to Orlando.

Fred was Assistant Director of Jazz Studies at Shepherd College and has presented workshops and clinics at conferences for the International Association of Jazz Educators (IAJE), Music Educators National Conference (MENC), Maryland Music Educators Association (MMEA), Texas Bandmasters Association (TBA) and the Midwest Band and Orchestra Clinic. He has conducted numerous county, state and regional honors groups including the Maryland All State Jazz Band and the MENC All- Eastern Honors Jazz Ensemble. His book, The Jazz Pianist: Left Hand Voicings and Chord Theory is published by Alfred Publications.

Fortunate to have many great teachers and mentors in his life including his father, Ben Iannone, Al Hermanns, Bill Horn and Kenny Werner; Fred’s experiences as a young apprentice in the community and professional organizations of Lancaster County Pennsylvania provided the opportunity and training that shaped him into the musician he is today. Whether house pianist at the Willard Hotel (2005 to 2008) and Gaylord National Resort (2008 - 2011), conductor of community groups like the Chesapeake Bay Community Band (2004 - 2015), his newest appointment as director of the Columbia Jazz Band (2017 - present), or performances on stages around the world; Fred brings his years of experience on the bandstand to every musical opportunity. Show less

“He has the technical ability, the deftness of touch, and full control of the instrument in the manner laid down by such keyboard giants as Art Tatum, Errol Garner and Oscar Peterson.” AllAboutJazz.com, No Turning Back CD Review

“Hughes really displays a command of the keys that is spectacular in his control of harmony and sense of time.” Geannine Reid, All About Jazz.com review of I'll Be Home For Christmas 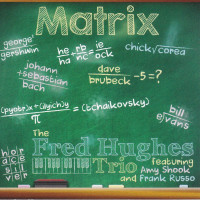 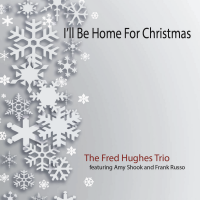 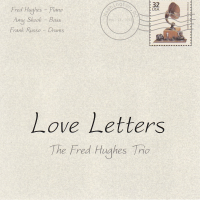 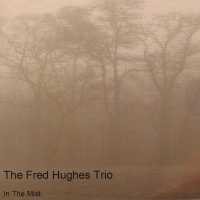 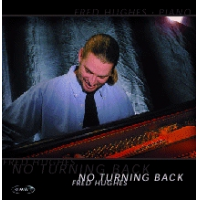 All About Jazz musician pages are maintained by musicians, publicists and trusted members like you. Interested? Tell us why you would like to improve the Fred Hughes musician page.