FRED RANDOLPH was born and raised in Honolulu, Hawaii. Though he was exposed to Hawaiian music early through ukelele lessons, his main interest as a child was surfing. In high school he took up the guitar, studying with local jazz guitarist Bill Valdez, and began playing at high school dances while developing a passion for jazz as a sideline.

Moving to San Diego, he studied jazz guitar with Steve O'Connor and composition with Bernard Rands at U.C.S.D., followed by a move to Berkeley where he studied conducting with Michael Senturia at U.C.B. He also at this time took up the saxophone and later the trumpet, studying with Jay Rizzetto at Hayward State University. He studied composition with Frank Larocca and during the course of composing his master's thesis, the string quintet “Resurrection”, he became fascinated with the sound and possibilities of the acoustic bass. He began studies on the bass with Carl Stanley while still at Hayward State, then continued with Brian Marcus, Alex Glikman, and Frank Tusa, as well as electric bassist Kai Eckhardt. Fred is currently a student of bassist Timothy Spears.

A recent graduate of Hayward State University with a Masters degree in composition, Fred now freelances in and around the bay area as a bassist, arranger, and composer, and educator. He co-led the jazz quintet “The Zone” for several years, composing most of the music for that group's first cd “Grand Canyon Blue”. He performed with the acclaimed Full Spectrum Jazz Orchestra, appearing on their initial cd “First Time Out” and the more recent “Rayna's Dance”. As a member of the “Collective West Jazz Orchestra”, he appears on their recently recorded cd “Downbeat 9:30”. He performed on the soundtrack of the film documentary “Lifeline” which aired on KQED TV during December of 1999 and spent two seasons as a member of the Diablo Symphony Orchestra.

Fred has taught instrumental music privately and for the Piedmont Unified School District. He taught for two summers at the Hayward-La Honda music camp and taught for two years at Berkeley's U.C. Jazz Ensembles. Currently Fred is teaching both privately and at Stanley Middle School in Lafayette, California, where he teaches both jazz combo and bass. 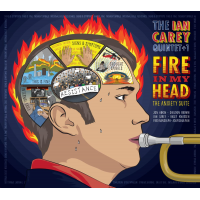 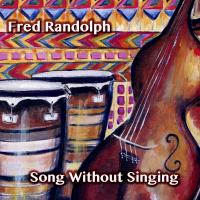 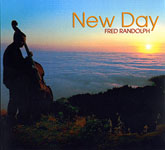 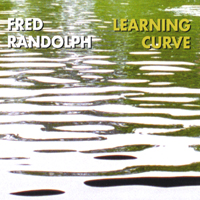 All About Jazz musician pages are maintained by musicians, publicists and trusted members like you. Interested? Tell us why you would like to improve the Fred Randolph musician page.