By combining Western, Arabic and African influences and crossing cultural and musical boundaries, Gabacho Maroc have developed their own flair, using Afrojazz as the stock in a stew that's spiked with ingredients from Morocco, Africa and Gnawa culture. ​Set up by drummer Vincent Thomas in 2013, this eight-piece band features musicians of Moroccan, Algerian, and French origins. Highly creative, Gabacho Maroc is among the newest and most exciting 'fusion' bands of the moment.Their debut album BISSARA (Label Oued, 2014) is a work of multicultural and collaborative genius. Best African Jazz Band of the Year Nomination - AFRIMA 2015. On stage, with their cocktail of rhythms enriched by soft and captivating voices, and sweet saxophone licks, they communicate a joyful and positive feeling. Each concert ends up in a great party. ​In 2017, the band is walking with more than 200 concerts in world music & jazz festivals on four continents. Their new album “Tawassol” is to be released in 2018. Get ready!

“An extra push towards the center of Morocco’s cultural identity.” AFRICA IS A COUNTRY (USA) 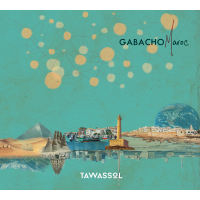 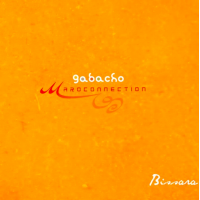 All About Jazz musician pages are maintained by musicians, publicists and trusted members like you. Interested? Tell us why you would like to improve the GABACHO MAROC musician page.