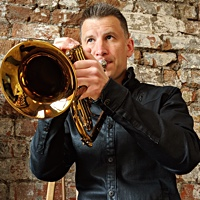 Alesbrook studied jazz trumpet at Leeds College of Music. His debut jazz album, “Jazz In Movies,” is out now! He started his session career in 1999 with the Super Furry Animals, touring and playing on the albums 'Mwng, Rings Around the World, Hey Venus! and Phantom Power. He also played on Gruff Rhys solo album, Hotel Shampoo. Alesbrook recorded with Kasabian in 2006 playing “The Doberman” on their second album “Empire.” He toured next with the Scissor Sisters on their UK dates and for their live DVD recorded July 2007 at London O2 arena. He then joined Kasabian for recording and touring from 2007 until the present day, recording on Empire, West Ryder Pauper Lunatic Asylum, Velociraptor! 48:13 and most recently For Crying Out Loud. In between Kasabian commitments Alesbrook also toured and performed with US RnB artist Raphael Saadiq, Kelis, Rag 'N' Bone Man, Nadine Coyle and recorded on albums KT Tunstall, Tiger Suit and Noel Gallagher's High Flying Birds​. ​ Alesbrook has also played on soundtracks for film, TV and computer games, including London Boulevard and Guy Ritchie's The Man From Uncle. He also played on soundtracks for The Mighty Boosh. 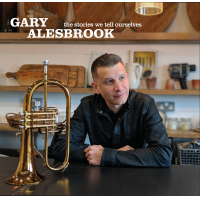 The Stories We Tell Ourselves

Gary Alesbrook
The Stories We Tell Ourselves 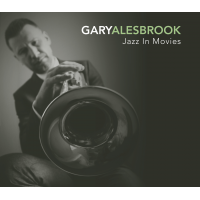 All About Jazz musician pages are maintained by musicians, publicists and trusted members like you. Interested? Tell us why you would like to improve the Gary Alesbrook musician page.