Gary McFarland was one of the more significant contributors to orchestral jazz during the 1960s. He had an unfortunately short career. But he was surprisingly productive in the brief decade he was captured on record (1960-70). An “adult prodigy,” as Gene Lees once noted, McFarland was an ingenious composer whose music revealed shades of complex emotional subtlety and clever childlike simplicity.

While in the army, he became interested in jazz and attempted to play trumpet, trombone and piano. In 1955 he took up playing the vibes. Displaying a quick ability for interesting writing, he obtained a scholarship to the Berklee School of Music. He spent one semester there in 1959 and with the encouragement of pianist John Lewis, concentrated on large-band arrangements of his own compositions.

He attained early notoriety and success through top-drawer affiliations (Anita O'Day, Bob Brookmeyer), outstanding melodic compositions (for Gerry Mulligan and Johnny Hodges), unique arrangements (his own interpretation of Frank Loesser's Broadway musical “How to Succeed in Business...”) and an early devotion and sympathetic understanding of the bossa nova (Stan Getz, Bob Brookmeyer).

McFarland began devoting more attention to his own career and in 1963 released what is often regarded as his most significant recording ““The Gary McFarland Orchestra/Special Guest Soloist: Bill Evans” - a sublime, evocative score that revels in its simplicity. He also started recording in small-group settings which began to feature his own vibes playing (Point of Departure).

In 1964, shortly after staging his own ballet, Reflections in the Park, McFarland issued “Soft Samba,” a set of pop-rock covers featuring some of the earliest jazz covers of popular Beatles tunes. The controversial album featured pleasant samba-like rhythms enhanced by wordless vocals and whistling and minimal improvising. While “Soft Samba” attracted a sizable and appreciative audience, the jazz press and McFarland's early admirers were harshly dismissive. But McFarland experienced his first real hit and a taste of considerable popularity.

The success of Soft Samba allowed McFarland to form his first performing group; featuring fellow Berklee alum Gabor Szabo on guitar as well as recent Berklee graduate Sadao Watanabe, young bassist Eddie Gomez and drummer Joe Cocuzzo. The band toured clubs across America during the summer of 1965 and recorded an album similar - but superior - to Soft Samba, called “The In Sound.” Here, McFarland mixed his brand of pop vocalese with the substantial improvisational talents of unique accompanists, most notably Gabor Szabo. The following year found McFarland devoting his talents to the large-scale orchestras which provided his initial notoriety. A February 6, 1966, performance at New York's Lincoln Center yielded the record “Profiles,” which collected New York's finest jazz musicians and soloists - notably, Clark Terry, Bob Brookmeyer, Zoot Sims, Phil Woods, Gabor Szabo and Richard Davis. McFarland went on that year to record an album of blatant, Beatlesque pop with Gabor Szabo (Simpatico), a soundtrack for a David Niven film (13, eventually titled Eye of the Devil upon release) and wrote and arranged the highly regarded “The October Suite” for pianist Steve Kuhn, an outstanding set of lyrical and moody tone poems in a chamber jazz setting. He also recorded Zoot Sims in an orchestral setting for the lovely Impulse album “Waiting Game.”

McFarland then teamed with guitarist Gabor Szabo and vibist Cal Tjader in 1968 to form the Skye Recordings label under the direction of their mutual manager Norman Schwartz. McFarland recorded several titles of his own for the label; a few overtly pop-jazz endeavors “Does The Sun Really Shine on The Moon, Today,” a soundtrack “Slaves” and his critically acclaimed orchestral work, “America the Beautiful.”

McFarland acted as “artists and repertoire” man for each Skye recording. Whether performing, arranging and/or producing, McFarland, unlike the other principals of Skye, participated in each of Skye's 20-something recordings (also including Szabo, Tjader, percussionist Armando Peraza, vocalist Grady Tate and blues singer Ruth Brown).

By late 1971, McFarland was working hard toward making a name for himself in Broadway and film, two areas he'd hoped to explore in greater depth. But on the afternoon of November 2, while with a friend in a New York City bar, he ingested a drink into which liquid methadone had been poured. He suffered a fatal heart attack and died instantly. He was declared dead at New York City's St. Vincent Hospital that day. Today, more than three decades later, there is - sadly - not enough evidence of Gary McFarland's musical gifts available for listeners to hear. McFarland is unfairly dismissed or ignored by many critics and lack of sales prevents record companies - especially Universal Music, which owns the majority of McFarland's recordings - from returning this work into musical circulation.

Several McFarland classics, however, are available on CD and each is well worth hearing: Stan Getz's “Big Band Bossa Nova,” Anita O'Day's “All The Sad Young Men,” McFarland's own “America the Beautiful” and The Jazz Version of 'How to Succeed To Succeed In Business Without Really Trying, and the recent compilation of McFarland's Verve pop-jazz classics, “Latin Lounge.”

In response to his critics, this writer would argue that Gary McFarland's “commercial” music deserves to be heard as seriously as his orchestral jazz. If, for whatever reason, one chooses to distinguish between the two, clearly substantial similarities exist. McFarland's clever, playful phrasing is relevant to both. He has a gift of a childlike wit and a knack for memorable music as well as an ability to share a deep, emotional sadness and longing.

McFarland's was a music of moods - a happy, life-affirming joy mixed with a deep childlike sensitivity and wonder. In a culture that requires the application (and adherence to the constriction) of definitions, Gary McFarland wasn't defined by merely one way of hearing the world nor by how he expressed himself.

Before doubting or denying his talents or abilities, one must review the caliber of jazz luminaries that associated themselves with McFarland and his music. If nothing else keeps Gary McFarland's music alive, perhaps such highly regarded heroes as Stan Getz, John Lewis, Gerry Mulligan, Antonio Carlos Jobim and Zoot Sims will help the McFarland legacy survive. As one of Gary's friends once told me, anyone who ever knew or heard him could never forget Gary McFarland. 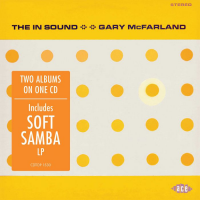 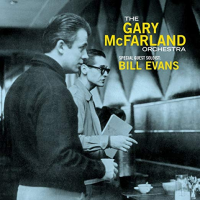 All About Jazz musician pages are maintained by musicians, publicists and trusted members like you. Interested? Tell us why you would like to improve the Gary McFarland musician page.