Baritone saxophonist Gary Smulyan is critically acclaimed as one of the major voices on the baritone saxophone today. As a teenager growing up on Long Island, Gary had the opportunity to perform with Lee Konitz, Chet Baker, and Jimmy Knepper.

He has recorded 5 CDs for the CrissCross label. THE LURE OF BEAUTY, SAXOPHONE MOSAIC (voted one of the best 25 CDs of 1995 by WBGO, New York's leading FM jazz station), HOMAGE (featuring Tommy Flanagan), GARY SMULYAN WITH STRINGS (selected as one of the 10 best jazz CDs of 1997 by the Boston Globe) and most recently BLUE SUITE WITH BRASS. Gary's new release, The Real Deal, on Reservoir Records is currently available.

Mr. Smulyan currently performs with the Vanguard Jazz Orchestra, the Joe Lovano Nonet, the Dave Holland Octet and Big Band, The Three Baritone Saxophone Band, the George Coleman Octet, the Dizzy Gillespie All Star Big Band and the Tom Harrell Octet, as well as his own projects.

Mr. Smulyan is currently on faculty at William Paterson University and is a clinician and endorser for Vandoren Woodwind Products and Keilworth Saxophones. Show less

Enter the "Gary Smulyan - Smul's Paradise" Giveaway at All About Jazz!

Rockwired.Com's 'All New Jazzed and Blue - Profiles in Blues and Jazz'... 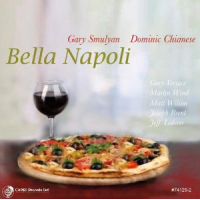 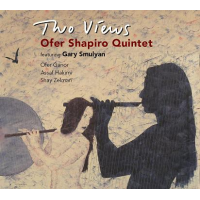 All About Jazz musician pages are maintained by musicians, publicists and trusted members like you. Interested? Tell us why you would like to improve the Ed Thigpen musician page.