Eclectic musician and composer, Geo Progulakis is a Chilean born jazz pianist, grew up in Italy, now based in New York. He has presented his work in Europe, in the U.S, and South America, and has received numerous awards including Best Soloist prize at the Mediterranean jazz festival 2009, and the 2010 Chicco Bettinardi’s Audience award for his original compositions.

In 2014 he released his debut album Good Start, presenting all original compositions. The trio album, have been presented across New York City in venues such as ShapeShifter Lab, Whynot Jazz Room, Rockwood Music Hall, The Garage, The Delancey, and others.

He studied jazz at the conservatory of Parma with Roberto Bonati, Alberto Tacchini and Carlo Morena.

In 2013 he completed his studies at The New School for Jazz and Contemporary Music in New York, where he had the opportunity to learn from modern thinkers and artists like Kevin Hays and Aaron Goldberg, Kirk Nurock, David Glasser, Jane Ira Bloom, Leeann Ledgerwood, and Vic Juris among others.

Read more articles
The record [Good Start] explores many themes and shines a light on his compositional prowess, featuring nine original compositions. Some of the titles, like “Bla Bla” and “Microwaved Salad,” are playful and humorous, but the playing here is serious business.

Paul Naser - All About Jazz 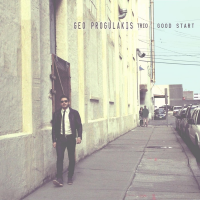 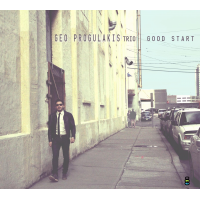 All About Jazz musician pages are maintained by musicians, publicists and trusted members like you. Interested? Tell us why you would like to improve the Geo Progulakis musician page.