Gianni Bardaro, Italian saxophonist, composer and sound therapist, has been shaping for many years, the infinite possibilities of sounds. With a special focus on jazz, his saxophone performances have touched international audience as well as many projects and albums. The major “Universal Music” published in 2012 his latest album “Soul Blueprint” recorded in New York, featuring Multi-Grammy Award Randy Brecker and Colombian percussionist Samuel Torres. Gianni's history is as varied as it is distinguished. Born in Italy to a drummer-playing father, Gianni's musical skills were nurtured and naturally encouraged from an early age. Already at the age of 11, he began playing in local bar bands and in a traditional Italian “banda”. By then, Gianni discovered the Be-Bop language listening to a vinyl of Charlie Parker and Dizzie Gillespie and Jazz became an irreversible love accompanying his journey in music. Those are also the years approaching music composition, where Gianni creates and shapes the first melodies and experiments with chord progressions and simple polyphonic lines.

At 15, he began studies of classical saxophone at the Conservatory of Music in Latina where he played with the Jazz Big Band, in various jazz, R&B and soul bands. At the same time he deepened the study of jazz with his teacher Mauro Zazzarini. The Conservatorium would grant him two scholarships for artistic merits and five years later he graduates with best honors. He also studied jazz composition and improvisation with Americans Bob Mover and Agostino Di Giorgio. While attending numerous seminars and workshops by the likes of “Accademia Romana di Jazz” with Fabrizio Sferra, Danilo Rea, Giovanni Tommaso and Maurizio Gianmarco, he participates at the International Seminars Arts Academy Istituzione Sinfonica di Roma. There, at the age of 18, he plays with the Plovdiv Philharmonic Orchestra in a concert for and with one of the most influential Italian composers of the twentieth century, Goffredo Petrassi.

In 1992, he started his first jazz quartet as a leader, the Railway Station Jazz followed by the Afro Jazz Quartet. With Afro Jazz Quartet, Gianni won the International Competition Baronissi Jazz, participating in the New Talent Category. A few years later he earned a 2nd place award for his performance with the Orchestra Jazz a Majella (JAM) in the Professional Category. In 1999 he enrolled at the Conservatorium of Music in Naples, to perfect the studies of Jazz Composition, Big Band Arrangement and Jazz Improvisation. Gianni graduates in Jazz Music 3 years later with top honors.

The years spent in Naples are characterized by major collaborations with prominent Italian musicians such as Bruno Tommaso , Maria Pia De Vito, Pietro Condorelli, Pippo Matino, Aldo Bassi, Agostino Di Giorgio, David Boato, Francesco e Pierluigi Villani, Mimmo Napolitano, Daniele Esposito, Giampiero Virtuoso, Alberto DAnna, Salvatore Tranchini, Pino Iodice, Pietro Iodice, Vittorio Pepe. In December 2000 he starts a project based on originals, Gianni Bardaro Sinestetic Jazz. He is soon inspired by the Synaesthesia phenomenon and writes the jazz ballad “Song for Dicembre”. The song is early published and distributed in Europe by the company Philips with an edition of 20.000 copies. With Sinestetic Jazz he stretches out his skills as arranger and composer and focuses to develop an own sound on the saxophone.

Although Gianni focuses on jazz, during the Scandinavian period he intensifies and expands the horizons of his eclectic activity through to Pop music, Latin, Electronic music and Techno. As a composer and songwriter, he collaborates with several record labels, among them the Warner Bros Italy Chappell. Also, he played for the Danish Royal Family and in the Danish public television channel DR2.

From 2004 to 2006, Gianni participated as a leader in several International Jazz Festivals. The improved experimentation with electronic music leads Gianni to some important collaborations such as with the English label 32bit Records which released the EP Scandango and with Modern Activism Records by Culturaelettronica which publishes the EP ElectrOneBar and a commission to mix with his talents one of the fathers of electronic music, Kirk Degiorgio.

After several years of development, the open and traveling project: Gianni Bardaro Sinestetic Jazz, receives international recognition with the publication of the CD “Overflow” under the Danish label Gateway Music. The album receives prompt acclaim from experts who emphasize the originality of Gianni compositions, the tight bands interplay and the singularity of his approach on saxophone. Overflow is broadcasted on many radio stations around the world and it was featured for one month it on all Hawaiian Airlines flights directed to Los Angeles, San Francisco, Seattle, Las Vegas and Sydney, on the Midnight Jazz Café 's Show on Hawaiian Public Radio.

2008 is a continuous crescendo and very significant year. The positive feedback from OVERFLOW takes Gianni to participate in international jazz festivals and major events. He is invited to participate as special guest from Denmark at the Balticness Project founded and promoted by the Community of the Baltic Sea States (CBSS) and the Ministry of Foreign Affairs of the Republic of Latvia. With this project, he has the opportunity to play with the Riga Groove Electro at Copenhagen JazzHouse and later on at the Opera House in Riga playing for the presence of the Prime Ministers of the Baltic Countries and together with jazz performers among the most acclaimed in the Baltics such as Neff Irizarry, Villu Veski, Deniss Pashkevich, Sofia Rubina, Jukka Eskola, Sebastian Studnitzky, Seth Sharp, Liudas Mockunas, Erling Wicklund, Jan Freicher, David Goloshekin, and Karl-Martin Almqvist.

The Italian Public channel RAI Radio 3, in the program Jazz Suite, broadcast a live concert recorded during the Italian tour with Sinestetic Jazz. The CD Overflow was also released by Jazzengine in Italy and distributed in attached with the magazine Jazzit. In September he participated as a leader at the international jazz festivals in Colombia and Panama, sharing the stage with artists such as Ron Carter, Mike Stern, Arturo Sandoval, Toquinho, Jeff “Tain” Watts, Chano Dominguez, Erik Truffaz, Samuel Torres, John Benitez. As confirmed by the official statistics of the festivals, Gianni´s concerts were attended by an overall attendance of about 17.000 people. A month later, he was invited once again by the CBSS to perform at the 10th anniversary of CBSS - Council of the Baltic Sea States in Stockholm.

In the following years, besides keeping touring and collaborating with several relevant projects, Gianni starts the cross-over (Jazz-Classical) project FINISDUO as co-leader with pianist and composer Mauro Patricelli. Soon the debut CD Phil Woods Sonata is published for the legendary “Philology Jazz Records”. The album contains the revised and newly recorded 97 edition of the Alto Sax and Piano Sonata, a “classic” cross-over work by the jazz-legend Phil Woods who personally was interested in the publication of the album and who in the liner-notes of the album, defined the interpretation of his Sonata as “…stunning and definitive “. These peculiarities will bring FINISDUO on tour in many countries.

Currently, Gianni is involved in many projects as leader and as sideman. Besides touring internationally, he just recorded the next album, upcoming in 2013. Show less

Read more articles
”Gianni Bardaro is an excellent musician, soloist, composer and arranger. His music is fresh, exciting and yet mellow and groovy. His group is tight and cohesive, complimenting each other throughout the CD. All the compositions will take you on a trip and adventure of musical delight. Any avid fan of jazz will be greatly entertain with this CD”

“Bardaro’s music, even while rooted in the tight, collaborative combo approach, is still fresh and new; this is no nostalgia trip or return to some “golden jazz age”. When put into the context of Euro nu-jazz,something like Scandinavian tango (as in “Scandango”) is almost revolutionary

”Gianni Bardaro is an excellent musician, soloist, composer and arranger. His music is fresh, exciting and yet mellow and groovy. His group is tight and cohesive, complimenting each other throughout the CD. All the compositions will take you on a trip and adventure of musical delight. Any avid fan of jazz will be greatly entertain with this CD”

“Bardaro’s music, even while rooted in the tight, collaborative combo approach, is still fresh and new; this is no nostalgia trip or return to some “golden jazz age”. When put into the context of Euro nu-jazz,something like Scandinavian tango (as in “Scandango”) is almost revolutionary. This “sinestetic jazz” should appeal to a wide jazz audience...” or, as tenor saxophonist Carlos Garnett, a veteran of bands led by the likes of Miles Davis, Pharaoh Sanders, Art Blakey, Andrew Hill, and Charles Mingus, says, “I recommend this CD to all fanatics of jazz worldwide.” So be it.

”Italian composer and saxophonist Gianni Bardaro just released “Overflow”, an album full of surprises for modern jazz fans. Featuring musicians from Italy, Norway and Denmark the quintet has built a distinct jazz vocabulary based around Gianni Bardaro's compositions. Balancing between lyricism and swing the album has plenty of memorable moments. The sax-piano-trumpet interactions backed by a bold bass-drum section is clearly a winning formula either drawing melodic lines on Song For Dicembre or blending energetic sax- trumpet grooves on Supernova Latina”. —STEPHEN BOCIOACA - JazzWorldQuest, Canada

”The Italian saxophone player Gianni Bardaro is an artist who likes to integrate all the emoctional and material vibes of his creation (in this case the Jazz) in order to generate results which go over the simple empatia and applause: energy that flows freely...” —CAROLINA PROANO WEXMAN - La Prensa national newspaper, Panama

“...the concert impressed me so much with the combination of several amazing features, such as Gianni's own lyricism and inspiration, the fresh compositive wave, the energy of the band yet its fine dynamic approach, and last but not least the joy he and his band can spread around through playng, definitely an unforgettable experience...” I really suggest all jazz lovers to get his release, Overflow, to start a pleasant journey through one of the most interesting ways of jazz evolution!” —G. CARUSO, Scarlet Balanga, Italy 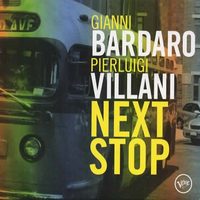 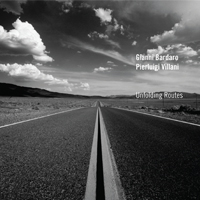 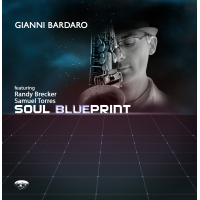 All About Jazz musician pages are maintained by musicians, publicists and trusted members like you. Interested? Tell us why you would like to improve the Gianni Bardaro musician page.