GIANNI MIMMO Pavia, Italy. 1957. Work :A saxophonist and composer in the fields of jazz and experimentation for over 25 years, he has produced a series of original projects with highly disparate groups. His interest in the contamination between the arts has lead him to participate in numerous interdisciplinary activities, in particular those which examine the relationship between music-text and music-image. Presiding influences include jazz names like Steve Lacy and Roscoe Mitchell, contemporary musicians like J.Cage and Robert Ashley, and artists such as J.Pollock and Toti Scialoja. “Quest” is the key word that accompanies his work, which often gives priority to the collaboration of very different elements. The treatment of musical timbre and of advanced technique on the soprano sax, to which he has monastically dedicated himself in recent years, have become the distinguishing features of his style. In the last few years he founded Stanze a music and word laboratory which has since become the contemporary group Al3ali (soprano voice, double bass, soprano sax, reading voice, live electronics). He is dedicating himself more and more to solo performance and to the investigation into the relationship between the monodic instrument and silence. In 2000 he began a rich collaboration with Chandra Livia Candiani ( Montale prize) that lead to the performance “Lettere mai scritte”, in which poetry and music find a truly stimulating way of looking at each other. He collaborated with the writer and translator Anna Ruchat for his work on the text of Victor Klemperer “Una fossa nell’aria” that later became a musical reading, presented in both Italy and Switzerland.

In 2002 his collaboration with Lorenzo Dal Ri (sampling, sound treatments) with whom he founded Bespoken, a collaboration that examines the relationship between acoustic and electronic instruments, lead to stimulating sound-tales, sound tracks (the latest is “Luce bagna i binari” for a video by Alessandro Nassiri Tabibzadeh, published by Icona Contemporanea), and mood settings for art exhibitions and events (Venice Architecture Biennnial 2002, a conference on”Reverie”, Modena)

Two recent projects are also oriented towards the interaction of music and image: “OBLIQUI VIALI” a volume which was the result of an intense collaboration, was published by CLU in 2003. In the summer of the same year it became an interactive installation, a visual sound track suitable for public and private places of many types: railway stations, undergrounds, buses, courtyards, hospitals, waiting rooms, art galleries, etc… with music by Bespoken, the reading voice of Aldo Cassano, and the visual elaboration of Acmevideo, whose original stories together with the photographs-images of Elda Papa search for each other in the By Ways, or “Obliqui viali”.

Tight Corners came about to study the creative connections between the music and photography of Stefano Galvani (live music and projection performance). In 2004 a collaboration with the trombonist Angelo Contini, a stimulating duo in which improvisation and the score are nimbly integrated and the fragmentation and formation of sound are examined with sincere curiosity, produced a very intense recording and several live performances: Two’s days/tuesdays. A naked form, based on a very varied expressiveness without rhythmic harmonic support, a tight knit and refined dialogue, open to improvisations that take their form from an open and sincere interaction. In the same year, ITA2, a school for foreign learner’s of Italian, commissioned the first volume of a work entitled Etica fonetica: “la lettera S”, which, in collaboration with the lyric soprano Susie Georgiadis, examines phonetic cells of the language musically. In 2005 he deepened his relationship with sound treatments, this resulted in the very recent environmental recording of a live concept about the tragic epic of the Russian submarine Kursk in collaboration with Angelo Contini, Lorenzo dal Ri and Xabier Iriondo. It becomes a celebrated dvd with help of images by Elda Papa and filming by Agua Mimmo. The new record label amirani records’ first release is his One way ticket, a compendium of his quest on the soprano sax, it contains both original music as well as music by Monk, Mingus, Webern, R.Mitchell, F.Cumar, and D.Ellington. In the summer of the same year he took up the duo with Chandra Livia Candiani again, for a recital of the poetess’ texts from the book “io con vestito leggero” published in the same year by Campanotto. The work looks more deeply into the communication begun with “lettere mai scritte”, and develops the relationship between sound-word in an intense performance that has already been presented both in exhibitions and “house concerts”. The project Bespoken also started its activity again. It was joined by Xabier Iriondo and added the crackle box and table guitars to the sound treatment for a new acoustic and electronic interaction project.

Plays and tours extensively in Italy and Europe, invited in international festivals and venues with his own projects Watched Pot trio (with cellist Andrea Serrapiglio and great drummer Francesco Cusa) and in duo with Xabier Iriondo in an intense performance titled “Your Very Eyes” receiving excellent reviews all over the world. “Their different stylistic starting areas drive them to a new playing attitude, calling them to try, more than “playing the place”, “being played by the place”. Openness, compelling sound structures, resonant overtones, simple pure but oblique melodies are suspended in a dense silence, in a multi perspective way of investgation”

Your Very Eyes has been performed in festivals and venues in Italy, in theaters, churches, museums, resonant and acoustically intriguing ambients with excellent audience response . Invited with Forgiving July trio( with Angelo Contini on tbone and Stefano Pastor on violin) at The International Society of Improvised Music conference in Denver, USA, he is now active as a producer too. The Forgiving July live cd is finally at the end of May 09, for Amirani records. His indipendent label has a fresh intriguing catalogue, ever careful to get the more interesting and intelligent creative energies well enhanced, like in “on War” where, asked by amirani records, many musicians, each one with their own project, are here involved in the conceptual investigation of the confictual relationship among human beings. All tracks are original compositions for this goal. Amirani’s intent is to moove or provoke artists to compose and perform around social issues.

Upcoming record “NO ROOM FOR DOUBT” (with a great quintet including the legendary John Russel on guitar, Jean Michel Von Schouwburg voice, Andrea Serrapiglio on cello, Angelo Contini on tbone) is the next step in improvising investigation among musicians coming from different areas.

Philosophy : Essentiality. Working with what you have, responsible communication, only adding to the world with sincerity. Art is made for trouble, science reassures. 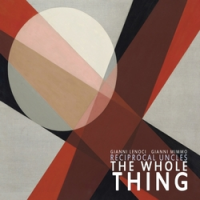 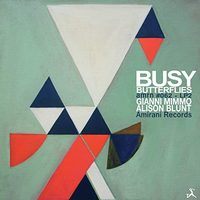 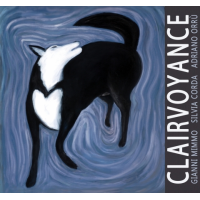 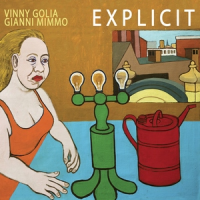 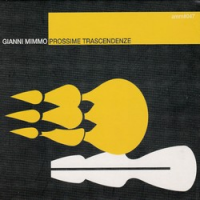 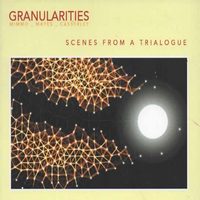 All About Jazz musician pages are maintained by musicians, publicists and trusted members like you. Interested? Tell us why you would like to improve the Gianni Mimmo musician page.