Composer and multi-instrumentalist Gina Leishman was born in England, studied music at the Vienna Conservatory and Edinburgh University (B.Mus.Hons.), and made her home in the U.S., first on the west coast and since the early ‘90s in New York City. She has written for theater, opera, dance, film, TV and the concert stage.

She is co-founder of the septet Kamikaze Ground Crew. Together for over 30 years, their recordings, on New World, Koch Jazz and Busmeat Records, include Postcards from the Highwire (2007), Covers (2000), Madam Marie’s Temple of Knowledge (1993) and The Scenic Route (1990). Performances include San Francisco Jazz Festival, Earshot Jazz Festival (Seattle), Frankfurt Jazz Festival and Donaueschingen New Music Festival (Germany), Vossa Jazz Festival (Norway), Merkin Hall and Joe’s Pub (New York), as well as occasional gigs in and around downtown New York and Brooklyn.

She also co-leads the Mr. Wau-Wa band, a quintet dedicated to the songs of Bertolt Brecht, for which she is the chief arranger and lead singer. Her work as a singer/songwriter includes Geography (2018), Baseless Rumors (2011), In My Skin (2007) and Bed Time (2004), all explorations of the Leishman Songbook.

She performs and records with infrequent regularity as a solo artist, and in various and sundry downtown projects, including as guest vocalist with Steven Bernstein’s Millenial Territory Orchestra and guest instrumentalist with Peter Apfelbaum’s Hieroglyphics Ensemble

Composer-in-residence at the Akrai Residency Program in Sicily, in 2018 and 2014, and Centre d’Art i Natur, Farrera, Spain, 2018; also at Montalvo Arts Center, Saratoga CA, in 2009 and 2010; and Artist in Residence at Colgate University in 2012. Recipient of grants from the NEA, Meet The Composer, Lila Wallace/Readers Digest Fund, Rockefeller Foundation, Arts International, Chamber Music America, Doris Duke Foundation, American Music Center, Duffy Institute for new Opera and the California Arts Council, amongst others.

“She is not only a wonderful composer and performer, she is also a rare singer capable of conveying the deepest emotion with utter precision, while never giving in to sentimentality.” – barbesbrooklyn.com

“Ms. Leishman…stole the show when she sang her own “Rearranging the Deck Chairs on the Titanic”, which had wry lyrics, piquant dissonances and shifty meters recalling Stravinsky and Kurt Weill” -New York Times

“One of New York’s most versatile composers…” -Time Out

“She is not only a wonderful composer and performer, she is also a rare singer capable of conveying the deepest emotion with utter precision, while never giving in to sentimentality.” – barbesbrooklyn.com

“Ms. Leishman…stole the show when she sang her own “Rearranging the Deck Chairs on the Titanic”, which had wry lyrics, piquant dissonances and shifty meters recalling Stravinsky and Kurt Weill” -New York Times

“Gina Leishman’s bedtime stories aren’t like Mother Goose’s. Instead of singing baby to sleep, she enfolds us grown-ups in a warm nighty-night blanket which smells faintly of spilt cocktails and cigarette smoke. Her voice also curls through the air like the smoke from a cigarette left in an ashtray in some after hours jazz club…” – Stephen Fruitman, Sonomu.net

“Gina Leishman’s Bed Time is a delicious mix of eclectic jazz songs, punctuated by Leishman’s sometimes theatrical and sometimes sensual interpretation. Her ukulele work is particularly fine. Her sense of timing is impeccable and the CD flows from one tune to the next in a finely textured manner that definitely grows on you with repeated listenings… First rate jazz composer and singer.” ***** (5 stars) – iTunes

“Smoky jazz that creeps and slithers, weaves and winds around dark, deep textures, venturing into the highly-wooded territory of quirky chamber pop. With wispy vocals Leishman takes her listener beyond the expected and typical into hidden corners and shadowy alleys. Colorful intrumentation includes glasses and accordion, making for an album that smoothly winds between the eerie and the delicate. A distinctively vivid album.” – CD Baby

“…stripped down and spacious, these songs hover like ghosts and drift in eerie, suspended shadows… Perfect late night listening, melancholy, moody, elegant and rather enchanting, as well.” –Downtown Music Gallery 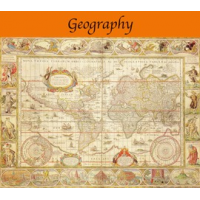 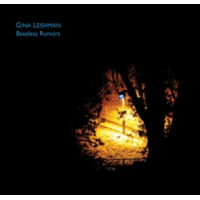 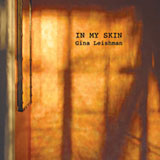 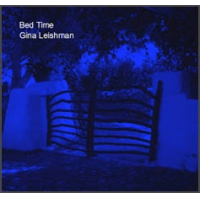 All About Jazz musician pages are maintained by musicians, publicists and trusted members like you. Interested? Tell us why you would like to improve the Gina Leishman musician page.