Giuliano Ligabue is an Italian singer, guitarist, arranger and composer. He is an exceptional interpreter of the Great American Songbook, endowed with a crooner’s voice and a great mastery of guitar. He is one among the few musicians in Italy who plays a seven strings guitar inspired by George Van Eps, Bucky and John Pizzarelli. He released three albums: “Swing Affair” (2013) with his own drumless trio to honor the musical style of Nat King Cole, “Live at Summertime in Jazz” (2016) recorded live with a band of 8 musicians to recreate the intimate musical atmosphere of the Big Bands and “Ci può stare” (2019) which includes original songs in Italian language and international hits by Frank Sinatra, Sting, Queen, Nina Simone and Elvis Presley, expertly arranged by Giuliano. A complete artist capable to offer to the audience an incredible combination of guitar virtuosisms and an extraordinary vocality that allows him to range between many differet musical styles. Giuliano Ligabue shared the stage with several renowed musicians on the Italian and international scene, we can mention Mario Zara, Gianni Azzali, Mattia Cigalini, Alessandro Bertozzi, Paolo Tomelleri, Stefano Caniato, Walter Ganda, Davide Ghidoni, Serafino Tedesi, the English Simon Woolf and Richard Pite, the American Frank Griffith and John Colianni (pianist of Lionel Hampton, Mel Tormé, Les Paul, Woody Allen), performing in private events, festivals and clubs in Italy and England. 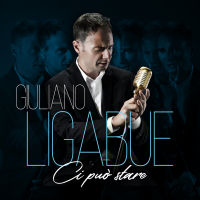 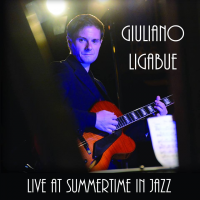 Live at Summertime in... 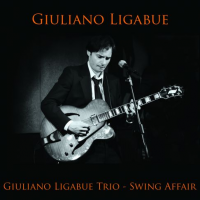 All About Jazz musician pages are maintained by musicians, publicists and trusted members like you. Interested? Tell us why you would like to improve the Giuliano Ligabue musician page.