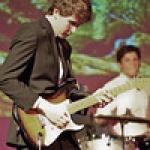 Gray is an outstanding jazz guitarist from Philly who is the music producer for Brooklyn's neo-soul jazz group Space Captain. Gray splits his time between performing and recording in NYC and recording at the Great Time Studio in suburban Philadelphia. He and his high school classmates Alex Plye and Mike Haldelman working with Marilisa Cook-Simmons on vocals, have created a “electro-future-soul odyssey that blends the art of soul, production, and instrumentation (Revive)” that demonstrates the art of cool. After graduating from Guilford College (Greensboro, NC) Gray rejoined his fellow musicians, Alex Pyle and Mike Haldeman, also from the Westtown School (West Chester, PA) to produce and record tracks for Space Captain together. In high school Gray played lead with Nathaniel's jazz quartet and with Donnie in their modern blues group called “Edens Unknown.” Other studio work by Gray features original beats and soundtrack mastering for So Far Productions (NYC). Gray has studied guitar with Daniel Sheriff, Greg Hyslip, and Rory Stewart; and interned as an studio production assistant with Eddie Motilla of Universal Studios, NYC and The Record Room, Miami. Genres range from modern blues, jazz fusion, modern jazz, and neo-soul.

Daily Local, West Chester, PA (2/23/2010): “Locals named top band at the Wilma Theater...The sound of their music and the confidence that comes from it took home first prize at the Wilma Theater's battle of the bands... It was their approachable sound that earned them first place.” 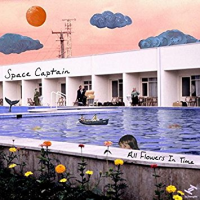 All Flowers in Time

All About Jazz musician pages are maintained by musicians, publicists and trusted members like you. Interested? Tell us why you would like to improve the Gray Hall musician page.