About the Author Saxophonist and flutist Greg Fishman is an accomplished performer, recording artist, author, teacher and clinician. Born in Chicago in 1967, he began playing professionally at age fourteen. Greg graduated from DePaul University in Chicago with a degree in Jazz Performance, and earned a Masters Degree in Jazz Pedagogy from Northwestern University. He is among the foremost experts on the music of Stan Getz and is the author of three Getz transcription books published by Hal Leonard. His self-published books, Jazz Saxophone Etudes, Jazz Saxophone Duets, and Jazz Trumpet Duets are in circulation worldwide and have been endorsed by top educators and jazz performers, including Michael Brecker, Jerry Coker and Phil Woods. Greg is a contributing author of jazz theory articles for Jazz Improv magazine, JAZZed, Chicago Jazz Magazine, IAJE Jazz Educators Journal, and was featured on the cover of Saxophone Journal, for whom he also writes. He is the author of the liner notes for the Verve reissue of the Getz recording The Steamer. Greg has toured and performed worldwide with his own group, and with such artists as Phil Woods, the Woody Herman Band, Louis Bellson, Slide Hampton, Conte Candoli, Lou Levy, Clark Terry, Jackie and Roy, Don Menza, Ira Sullivan, Judy Roberts, Jeremy Monteiro, Jimmy Heath, Lou Donaldson, Harry Allen, Jeff Hamilton, Eddie Higgins, and Benny Golson. Greg is the co-founder, along with Brazilian guitarist/vocalist, Paulinho Garcia, of the awardwinning duo, “Two for Brazil.” They perform worldwide, and have recorded five CDs

. Greg’s additional discography features jazz releases in the U.S., Singapore, and Japan. In addition to clubs and concerts in the U.S., Greg has been featured at the Concord- Fujitsu jazz festival in Japan, the NorthSea Jazz Festival in the Netherlands, and in numerous concerts in Hong Kong, Bangkok, Singapore, China and Israel. Greg teaches jazz master classes and college workshops nationally and internationally, and is on the faculty of the Jamey Aebersold Summer Jazz Workshop. When not on tour, Greg is based in the Chicago and Phoenix areas where he performs locally and teaches at Greg Fishman Jazz Studios.

I have presented clinics at top universities around the world, including Northwestern University, University of New Mexico, University of Bangkok, University of Louisville, Stetson University and many others. My clinics are fun and highly interactive. I teach people how to connect the sounds in their heads to the fingerings of the notes on their horns, and how to hear and make sense of the complex harmonic language used in jazz. I put things in very simple terms which everyone can understand. People leave my clinics energized with new ideas for practicing and a renewed optimism for their own playing. 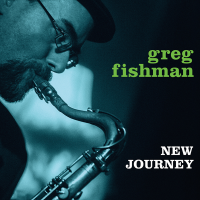 All About Jazz musician pages are maintained by musicians, publicists and trusted members like you. Interested? Tell us why you would like to improve the Greg Fishman musician page.