Gregor Huebner is an award-winning composer and violinist, celebrated by audiences and critics alike for his visionary work across genres. His music has been described by The New York City Jazz Record as “challenging and vivid... seamlessly incorporat[ing] chamber elements with avant garde jazz,” while All About Jazz describes him as “a virtuoso with broad experience in large and small classical ensembles.” Huebner's recent El Violin Latino, an album exploring the role of the violin in traditional Latin American music, was praised by The Wall Street Journal as “by turns sexy and sly, impassioned and dreamy, his collection of well-known tunes, unexpected arrangements and original compositions brings together far-flung members of the fiddle diaspora.”

As a composer, Huebner's unique musical voice variously integrates improvisation, experimental notation, traditional counterpoint, pop song structures, post-tonal gestures and innovative performance techniques within formal compositional frameworks. Recent commissions include “Clockwork Interrupted,” an orchestral work premiered by the Stuttgart Radio Symphony Orchestra and SWR Big Band in July 2014; and “Six Songs of Innocence,” a lyrical setting of poems by William Blake premiered by Sirius Quartet and Collegium Iuvenum Stuttgart Boys Choir in June 2014. Huebner has also been commissioned by the International Bach Academy in Stuttgart, the State Theater of Fürth and the State Academy of Music Ochsenhausen, among many others. His works have been premiered by major ensembles such as the Pittsburgh Symphony Orchestra, the Nova Philharmonic Orchestra and the Stuttgart Chamber Orchestra.   Huebner has been a longstanding member of Sirius Quartet for over a decade. An acclaimed contemporary string ensemble praised by The New York Times for their “versatility and flair with lively improvisations,” Sirius has premiered several of Huebner’s major works, including “New York Suite” for string quartet; “Cuban Impressions” for string quartet and string orchestra; and “Colors of the East” for string quintet and accordion. While in residence at Germany’s State Academy of Music Ochsenhausen, Huebner and Sirius developed 2010’s Racing Mind: New Music for Strings, a full-length album of Huebner’s compositions for string orchestra featuring Sirius Quartet and quartet members on several tracks. Sirius has also released two full-length albums of Huebner’s compositions for the quartet: 1997's In Between (Cimp Records) and their most recent release, 2015's Colors of the East (Autentico Music/Naxos 2015). With Huebner, the group has toured internationally to venues like the Beijing Music Festival, Stuttgart Jazz Fest, Bern University of the Arts, the Andy Warhol Museum, Merkin Concert Hall, Chelsea Music Festival, and repeat visits to the Taichung Jazz Fest, Taiwan's largest jazz event.  A highly sought-after player, Huebner has appeared in many major concert halls and festivals around the globe, including Carnegie Hall, the Apollo Theater, Berlin Philharmonie, the Hollywood Bowl, Montreux Jazz Fest, Frauenkirche in Dresden, JVC Jazz and Gewandhaus Leipzig. He has performed and recorded with some of the most respected names in jazz and pop, including Smokey Robinson, Diane Reeves, Billy Hart, Randy Becker and John Patitucci. Huebner's collaborations with Richie Beirach and George Mraz have yielded three critically acclaimed albums, including the Latin Grammy-nominated Round About Federico Mompou. The Guardian writes, “the excellent violinist Huebner take[s] off in muscular manner... the playing itself is beautiful,” while The Irish Times, reviewing a recording of Huebner, Beirach and saxophonist Charlie Mariano, writes, “violinist Gregor Huebner... is in the kind of mood to blow anyone away… emotionally complex… lovely.”

As a seasoned educator, Huebner has given workshops and masterclasses on performance, composition and improvisation with esteemed institutions like the Manhattan School of Music, Berlin Music School, Cologne College of Music, Lübeck Academy of Music, the Klagenfurt Music Forum, the Kaufman Music Center and Face the Music. He is currently a guest professor of composition at the University of Music and Theater in Munich, and in 2009 he published his method book for string improvisation, Exercises, Etudes and Concert Pieces, with Advanced Music Publishing. Huebner received his formal education from the Vienna College of Music, the Stuttgart College of Music, and the Manhattan School of Music, where he earned his master’s degree and was recognized with a “President’s Award.” Huebner was born in Stuttgart, Germany, and is based in the Harlem neighborhood of New York City Show less

Read more articles
The Wall Street Journal — “by turns sexy and sly, impassioned and dreamy, his collection of well-known tunes, unexpected arrangements and original compositions brings together far-flung members of the fiddle diaspora.”

All About Jazz - “a virtuoso with broad experience in large and small classical ensembles.”

The Guardian - “the excellent violinist Huebner take[s] off in muscular manner... the playing itself is beautiful,”

The Wall Street Journal — “by turns sexy and sly, impassioned and dreamy, his collection of well-known tunes, unexpected arrangements and original compositions brings together far-flung members of the fiddle diaspora.”

All About Jazz - “a virtuoso with broad experience in large and small classical ensembles.”

The Guardian - “the excellent violinist Huebner take[s] off in muscular manner... the playing itself is beautiful,”

The Irish Times, reviewing a recording of Huebner, Beirach and saxophonist Charlie Mariano — “violinist Gregor Huebner... is in the kind of mood to blow anyone away… emotionally complex… lovely.” 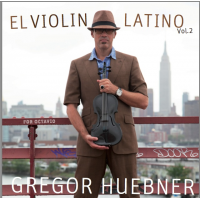 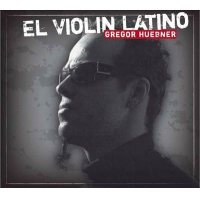 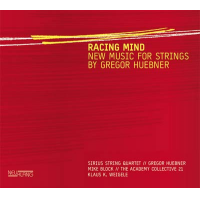 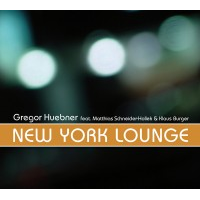 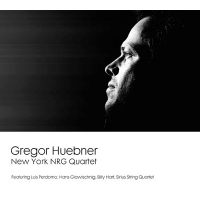 All About Jazz musician pages are maintained by musicians, publicists and trusted members like you. Interested? Tell us why you would like to improve the Gregor Huebner musician page.