Guy Hatton is a solo recording artist releasing music on the PANTECHNICON Recordings label via Bandcamp and CD Baby, the leader of the band PANTECHNICON, and a member of the group bigEZ.

Guy has released two full-length solo albums, “Feedback Alley” and “I Am Concentric”, three EPs and a number of single tracks. All are available from Bandcamp and all major streaming services.

Guy Hatton's PANTECHNICON is a suite of compositions for small electric jazz ensemble, and the group gathered to perform them.

The first performance took place at the Harrogate International Festival fringe in July 2010, and subsequently at the Grove Inn Jazz Club in Leeds in November 2010.

It was the debut of Harrogate musician Guy Hatton's Pantechnicon. Though the band had had little time to rehearse, the technical subtlety and instrumental skills of Mssrs Graham Clark (violin), Dave Evans (keyboards), Emlyn Vaughan (bass), Joe Williamson (drums) and, especially, Phil Meadows (sax), not forgetting Hatton himself on lead guitar, meant this ambitious selection of numbers influenced by the best elements of 60s and 70s jazz plus modern ambient sounds and rock stayed on a course full of imagination and melody.” Harrogate Advertiser 23-07-2010. 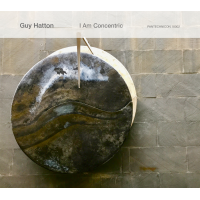 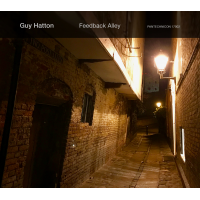 All About Jazz musician pages are maintained by musicians, publicists and trusted members like you. Interested? Tell us why you would like to improve the Guy Hatton musician page.