Haakon Graf is a Norwegian jazz musician (piano, organ, keyboards and is a multi instrumentalist) and composer.

Graf is currently residing in Los Angeles, US, where he is working as a songwriter and producer. He has been involved in numerous projects, composing much of the music in addition to playing keyboards on the albums New Born Day (1973), Ranshart (1974) and Let Your Light Shine (1976) within the band 'Ruphus'. They received great acclaim in Norway and in several European countries, including Germany. He also played in the band 'Moose Loose' including with Jon Eberson. Later they opened the band 'Blow Out' together. He also initiated the band 'Hawk on flight' together with Matz Nilsson, Niels Nordin and Ulf Wakenius. Graf has played with Pål Thowsen on several of his albums, and received Spellemannprisen for best Jazz album in the alternative genre. The tune “Nearly in Rio” composed by Graf, was particularly highlighted during the citation. Graf has even been a judge in the 1988 Spellemann committèe in the category jazz.

Graf has also cooperated with Jan Garbarek and Jon Christensen, and the trio toured extensively in Norway. This was a collaboration that started in the late 1970s. He has also released several jazz albums with his band 'Graffiti', accompanied by tours including in Scandinavia, Germany and the US. He has a long musical career behind him, and have cooperated with a series of famous musicians such as Roger Daltrey, Alan White, Jamie Moses, Natasha Beddingfield, Phil Collins, Mark Hudson and Simon Kirke, to mention a few. In Norway, he has also worked with Terje Rypdal, and arranged, composed and produced the music for Finn Kalvik.

Graf also toured with the renowned guitarist Frank Gambale, after being contacted by him during the 1994 'Graffiti' concert at Musicians Institute in Los Angeles. The collaboration led to tour the United States in 1994 and in Scandinavia in 1995. Graf has also toured with Paul Jackson and Mike Clark, bassist and drummer Herbie Hancock Headhunters known from legendary recordings as “Thrust” mm Haakon was musical director for jazz clubs Hothouse, Jazz alive and Blue Monk 80's and 90's.

Lately Graf has been touring with his own Haakon Graf Trio including Erik Smith (drums) and Per Mathisen (bass), releasing the album License to Chill (2010), and appearing on the 2013 Kongsberg Jazzfestival.

Keyboard Player magazine reviews Graf as “a spirited and intelligent player. Rather than exhaust the audience with non-stop flash, he builds his solos carefully, keeping the listener interested from beginning to end. He has chops to spare, but never scoundrels them. I can't wait to hear more from him”.

The Coast Radio, Las Vegas when reviewing Graf states: “Haakon's talent is never ending, he has great passion for his music. He is one who's talents need to be recognized in his ability to write and create great compositions. The Coast Radio and myself MJ have enjoyed his music and his interview. Haakon is very professional, and I wish him all the best in his projects to come and hope to hear more of him in 2011. Show less 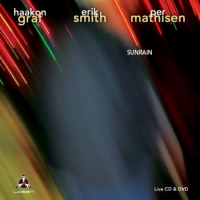 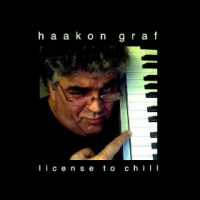 All About Jazz musician pages are maintained by musicians, publicists and trusted members like you. Interested? Tell us why you would like to improve the Haakon Graf musician page.