Haftor Medbøe is a jazz guitarist, composer, educator and researcher based in Edinburgh, Scotland. He is Jazz Musician in Residence and Associate Professor at Edinburgh Napier University, UK.

Haftor Medbøe has recently recorded with Swedish pianist, Jacob Karlzon and the album is released on 05/April/19 and available from Copperfly Records [www.copperfly.co.uk]. The coming year promises to be a busy one, with 4 further releases scheduled with a variety of projects.

His 2016 album with Espen Eriksen (piano) and Gunnar Halle (trumpet) The Space Between was released on Losen Records.

Places + Spaces (2011), featuring Anneke Kampman and Konrad Wiszniewski was recorded in Edinburgh, Scotland and fuses the found sounds of nature alongside acoustic and electronic instrumentation.

The album New:Happy (2008) was released on Fabrikant Records. Engineered by Dave Hook, mixed and mastered by Calum Malcolm, the recording features a very special guest bassist Eva Malling from Copenhagen and a cameo appearance on blues harp by Tommy Harmonica.

The album In Perpetuity, co-produced by Calum Malcolm, is still on world wide release through Linn Records. In collaboration with Sue Mckenzie on saxophone, Signy Jakobsdottir on percussion and Chris Greive on trombone the album also presents electronica maestro Kenny MacDonald and the sublime strings of the Edinburgh Quartet. The touring line-up features the fabulous Konrad Wiszniewski on tenor sax alongside the indispensable Signy and Chris.

The debut CD CHARM, released in March 2004, features eight compositions by Haftor Medbøe on guitar alongside Sue, Signy and Chris with sonic, found- sound backdrops by Fred Parsons and is available from Fabrikant Records.

The story so far has seen Haftor perform in Scotland, England, USA and Scandinavia both headlining and supporting artists including Esbjorn Svensson Trio, Bill Frisell and Ethan Iverson of the Bad Plus. Show less

”They’re on to something new and exciting” Jazzine

“A band with huge integrity and originality” JazzNyt

“Bold and strident” ... “One to watch” Glasgow Herald

“... and yes, the hairs on the back of my neck moved” The Islay Directory

”They’re on to something new and exciting” Jazzine

“A band with huge integrity and originality” JazzNyt

“Bold and strident” ... “One to watch” Glasgow Herald

“... and yes, the hairs on the back of my neck moved” The Islay Directory

“... the perfect Contemporary jazz” The Skinny

“... reinventing the balance of opposites of the musical universe” www.jazzworldquest.com 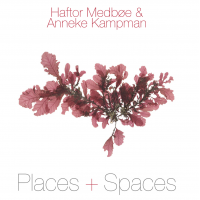 All About Jazz musician pages are maintained by musicians, publicists and trusted members like you. Interested? Tell us why you would like to improve the Haftor Medboe musician page.