Hanging Hearts is a free-spirited, Chicago-based trio described by European audiences as “hammering the walls between genres.” Bridging the gap between jazz, rock, and experimental music, the band offers listeners what is ultimately their own tribal music—a combination of their varying musical backgrounds ranging from jazz and classical, to funk, alternative soul, and full on metal. Each a bandleader and composer in their own right, Hanging Hearts features Chris Weller on tenor and bass saxophones, Cole DeGenova on keyboards, and Devin Drobka on drums.

In June 2016, Hanging Hearts went back into the studio at Howl Street Recordings in Milwaukee, WI with drummer Dave King of The Bad Plus as producer to make their second album, Into a Myth. A strong step forward from their last, the record features eight cut-to-the-chase originals referencing various themes from creation myths to cosmic rights of passage. Into a Myth releases on June 9, 2017 on the Minneapolis-based label Shifting Paradigm Records with supporting U.S. tours.

Read more articles
“James Brown could have found some funk in Hanging Hearts. These guys are from Chicago, the ghosts of legendary Windy City tenor players like Fred Anderson and Von Freeman blow through Chris Weller’s intentions. He’s done the Berklee College of Music thing and DeGenova’s been a soul-boy, with this album comes the time to shake the wider world. What I hear is self belief played with strength and it’s there for the taking.” -Steve Day, Sandy Brown Jazz

“James Brown could have found some funk in Hanging Hearts. These guys are from Chicago, the ghosts of legendary Windy City tenor players like Fred Anderson and Von Freeman blow through Chris Weller’s intentions. He’s done the Berklee College of Music thing and DeGenova’s been a soul-boy, with this album comes the time to shake the wider world. What I hear is self belief played with strength and it’s there for the taking.” -Steve Day, Sandy Brown Jazz

“Tenor sax player Chris Weller, who has a big Joe Lovano-like sound deep down but plays more free, keyboardist Cole DeGenova, and drummer Devin Drobka have a thing going it’s clear. The record doesn’t overstay its welcome with the self-composed Ornettian ‘Doo-Wop’ the big statement clocking in at nearly nine minutes, while the treatment of Ellington’s ‘The Single Petal of a Rose’ is really fresh and last track ‘Confucius Says’ is tender and beautifully naïve. Free bop with a rock edge to it avant fans will immediately get the band, one that teeters on the edge of chaos time and time again yet all three know how to push the reset button back from the edge to relative safety.” -Stephen Graham, Marlbank

“An album that shines with passion, participation and dialogue, nothing is left hanging, each portion is lived intensely by the three.” -Giuseppe Mavilla, scrivere di jazz

FOUR STARS “…directions that they take in the future might be very special indeed.” - Phil Barnes, All About Jazz

FOUR STARS “Indeed, a top-shelf album that will require repeated listens.” -Geannine Reid, All About Jazz

FOUR STARS “…these guys carve out their own territory.” -Roger Farbey, All About Jazz

“I was on the edge of my seat…” -Randy Hunter, Jazzbeat.org

“Hanging Hearts shocked and stunned music fans... went up and down the road recklessly hammering the walls between genres. It was the kind of concert, which will be even after years of talk. Those who were there, they will be remembered as a true musical event.”– Pavel Šanda, Neratoviny

“It was phenomenal. The number was so full sound as if it would have been 5-6 piece band played there.”– Stephen Count, Láthatatlan Sárvár 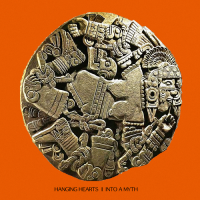 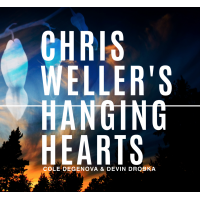 All About Jazz musician pages are maintained by musicians, publicists and trusted members like you. Interested? Tell us why you would like to improve the Hanging Hearts musician page.