Hanka is one of the most admired and well respected jazz singers in Slovakia. She has been performing on the domestic as well as international jazz scene for well over a decade now, with her signature musical style of jazz and soul music fusion.

Her fascination with music dates back to her early childhood in Mongolia, where her parents worked as geologists on an expedition. Growing up, Hanka's vocals were tested in different musical genres ranging from rock to funk, until she found her niche while living in Washington D.C. having sang with local jazz musicians who had a profound influence on her future musical direction. Once she returned from the U.S., she used every opportunity to perfect her jazz art until her path crossed with one of the most respected jazz pianists in Slovakia, Gabriel Jonáš, who was so impressed with her natural feeling for jazz, that he invited to her to perform with his band.

Soon after she was working with many professional jazz musicians, both on local as well as international scene, performing in various well-known clubs and music festivals (i.e. Bratislava's Jazz Days Festival, Jazzycolors Festival in Paris, Open Jazz Festival in Nové Mesto, etc.). debut album in 2007 Hanka was awarded a grant from the Slovak Music Fund to support the recording of her debut album “Reflections of my soul“, which was produced by Radovan Tariška, a well-respected saxophone player of the Slovak jazz scene, who also performes on the album together with other elite musicians – virtuoso jazz pianist Ondrej Krajňák, Tomáš Baroš on double bass and Marián Ševčík on drums.

For many years, Hanka has been one of the most sought after Slovak jazz singers getting invited for various projects, not only for her vocal ability, but also for her writing skills converting instrumen-tal tunes into songs. To name just a few, she has been a special guest in various projects of Štefan Pišta Bartuš and Nikolaj Nikitin bands, on Sisa Michalidesova's album “Expressions”.

Hanka also joined Chris Byars Quartet from New York on their tour of Slovakia in 2013, performed as an opening act for Matt Bianco (2011 in Košice, Slovakia), shared the same stage with Kurt Elling during his concert in (2014, Bratislava, Slovakia) and Cassandra Wilson (2014 in Bratislava, Slovakia), which was no doubt one of her most prestigious and memorable performances.

In 2014, Hanka was signed by Hevhetia Publishing House and released in July second solo album produced by jazz pianist Ondrej Krajňák, who also worked with her on her first CD. The album is called “Essence” and it is a tribute to Slovak folklore songs rearranged into jazzy tunes by Krajňák creating a very unique fusion. Only the Slovak & Czech jazz finest worked with her on this album, such as Josef Fečo (double bass, cymbalo), Radovan Tariška (alt and soprano saxophone), Marián Ševčík (drums), Štefan Bugala (percussion), and Ivan Herák's cymbalo band.

In addition to that, over July, 2014 Hanka went on a tour in Slovakia, Hungary and Czech Republic performing with a special guest from New York, Eric Wyatt, an extraordinarily talented tenor saxophone player who belongs to the global top jazz league, a son of the legendary tenor player Charles Wyatt.

Hanka G Vocalist
Cassandra Wilson - “The best of the next generation!”

Melvin Smith - “She weaves her lush alto voice through any set of changes with grace and case. Her artistry demands to be heard.”

Andreas Schiffmann (http://musikreviews.de) - “The woman's voice is worth gold in all positions”

Jan Hocek (http://jazzport.cz) - “One of the most talented jazz singers of the present times “ 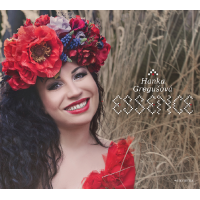 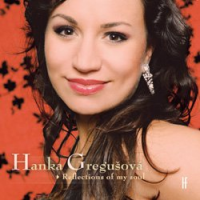 Reflections of my soul

All About Jazz musician pages are maintained by musicians, publicists and trusted members like you. Interested? Tell us why you would like to improve the Hanka G musician page.