Hannah Barstow (b. 1994) is a pianist, vocalist and composer in the Toronto music scene. As a performer, she is firmly rooted in the tradition of jazz, and is strongly influenced by the classic trios and quartets of Shirley Horn, Ahmad Jamal and Blossom Dearie. As a composer, her jazz, classical, pop, and Latin music influences come through. She composes and arranges for a range of ensemble sizes from trios to women's choirs and big bands.

Hannah is a regular performer at the Rex Hotel Jazz & Blues Bar, both as a leader of her trio and sextet, and with the popular R&B band, Jenna Marie Sings R&B. She has also performed at the Prince Edward County Jazz Festival since 2007, including the summer of 2016 when she was featured as the Rising Young Star. She has performed with a number of renowned Canadian artists including Emilie Claire Barlow, Mike Murley, Steve Wallace, Pat Collins, the Brian Barlow Big Band, the Greg Runions Big Band with the Kingston Symphony, and was featured as a guest arranger and performer with the Kingston women's choir She Sings. In November of 2018 she performed on a short tour in Santiago and Viña del Mar, Chile, with Mike Murley.

Hannah has an ARCT in piano performance (Royal Conservatory of Music), a Bachelor of Music in Jazz Performance on piano from the University of Toronto (U of T) and a Master’s Degree in Jazz Performance on piano from U of T. She has studied with some of Toronto’s leading musicians, including Mike Murley, Dave Restivo, Christine Duncan, Terry Promane, Mark Eisenman, Chris Donnelly, Alex Samaras, Noam Lemish, and Kingston-based composer Martha Hill-Duncan.

Hannah is an instructor at the University of Toronto Jazz Studies program and Humber Community Music School. She has released three EPs: her debut as a leader with “Hannah Barstow Trio,” and two with Toronto vocalist Kalya Ramu, “Christmas for Two” and “Snow.” She will release her first full length album of original music, “Beneath,” in August 2021.

Please get in touch for available hours and rates. 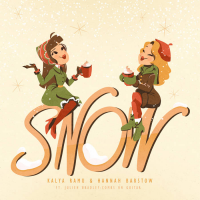 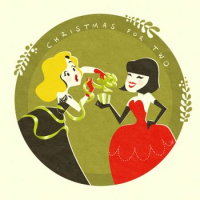 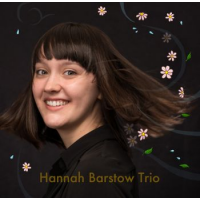 All About Jazz musician pages are maintained by musicians, publicists and trusted members like you. Interested? Tell us why you would like to improve the Hannah Barstow musician page.