An early singer and pianist in the Chicago blues tradition, Burrage was a well-known face on Chicago's west side R&B scene by his late teens. In 1950 he made his first recordings for Decca backed by Horace Henderson's septet, resulting in Claude Trenier's suggestive “Hi Yo Silver” which spawned several cover versions.

He completed one-off sessions for Aladdin (1951) and States (1954) before hitting his stride between 1956 and 1958 with Cobra Records, under the tutelage of Willie Dixon,with whom he recorded in his own right in a soul-blues vein, as well as backing artists such as Magic Sam, Otis Rush and Ike Turner.

He continued in the same style in his brief associations for Vee Jay Records, Paso and Foxy, but in 1962 he joined One-Derful's M-Pac subsidiary and over the following four years produced his prime work, including his only real hit, “Got To Find A Way”, which reached number 31 in the August 1965 R&B charts.

He died of a heart attack at the age of 35, at the home of his friend Tyrone Davis. 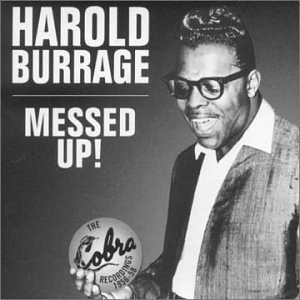 Messed Up The Cobra...

All About Jazz musician pages are maintained by musicians, publicists and trusted members like you. Interested? Tell us why you would like to improve the Harold Burrage musician page.