I had the advantage in that my childhood was in the 1970s, which I believe the best stage in the music's rock history, and was the epoca of the 'super bands' or so-called 'progressive Rock' or 'symphonic Rock.' It was a time of a lot of creativity, and inspiration. The lyrics of the songs expressed concepts of life, histories and fantasies each 'disc' was a musical work. I believe that all this influenced in my taste and passion for music. That was a time that I listened to bands like Yes, Pink Floyd, EL&P, Genesis, Supertramp, Jethro Tull and others. The current of the Jazz-rock or Fusion also began to emerge from the hands of musicians like Chick Korea, Al Diemola, whom I liked very much like how he played. Of course, I was impacted very much by Pat Metheny and his style and the 'master' George Benson. There are many excellent and famous musicians that also pass though my mind and are a very important influence in my musical work. However, the idea of imitating them was alway outside of my aspirations. I want to achieve my own identity, as much in the music as in the style. When I was 12, I began to learn classic guitar; as during this epoca in Argentina, there were few places that taught electric guitar. But, after a little time, I acquired my first electric guitar and began to develop my passion for this instrument. I always liked to compose my own songs instead of memorizing the songs of the groups that I liked. I began several musical arrangements during my school years and I had as hobby of recording and mixing songs using the instruments that I had avaliable. When I was 17 years old, I produced two instrumental songs, “paper ship” and “spring”, that I sent to the radio stations. “Spring” was played on radio Excélsior in a program that introduces new musicians.

At 19, I joined a Pop band, but later I left it because the pop music was not my style and when I preformed my guitar solos, it changed the vibe of the group.

In 1986 I formed a trio, the 'Minagerais' with Rolando D�-az on bass, Flavio Barok on the drums and myself on the guitar. Those were good times that we enjoyed ourselves playing our themes. Then, together with Flavio and José Luis Rey on the keyboard, we began another trio, this time it included certain orientation toward the symphonic rock. The trio, called ironically by us 'The Egoist', was the best in that we made many songs with 'un-structured' improvisations that produced a spontaneous and interesting sound. With the time, the computer technology allowed me to record my songs in multitrack form, with a quite acceptable quality, much better than could be achieved prviously using cassettes. Moreover, the internet alloed me share my music with a diverse public. This was a 'temptation' that could not resist. So I went aboard in my own project of producing a CD entirely, whichrequired a great effort as I not had only to compose the music but rather to learn the technique of computer recording, something that was just in its infancy. Finally in late 1999 I launchd a CD that I distributed freely upon request and was made available through my personal web site. The available copies were exhausted quickly. The CD, of 8 instrumentals, was titled “First Level” thus making allusion at the first level, not to be the best thing but to be a starting point. I uploaded the music to several sites like mp3.com, Besonic, Vitaminic, People Sound, etc. The music were listened by users' by the thousand. One of the songs, “Earth's Soul” reached Number 35 in the charts of Jazz-fusion in mp3.com besting thousands of songs. The songs spread via the Internet to different parts of the world, where the people could downloads copies. I have recieved several comments of appeof appreciation and congratulations of several users from as far away as the United States, Germany, India and Japan. This CD was not technical and musically 'impeccable' - it was a 'First level' - but I like it a lot and believe that successful was from the point of view of acceptance and distribution and that was important to me. As I do not earn a living my music, my objective of my projects they are purely artistic, not commercial. The success that I have had motivated me to make something better from all aspects having acquired better equipment, instruments and techniques of recording. I improved my style as a guitarist and composer and now, May of 2006, I am making available to the world my new work “The northern lights”..

“The northern lights.” This CD of 9 instrumental songs go through a style fusion, smooth jazz and instrumental progressive rock. In this you can appreciate, besides the sound quality and recording, very melodic compositions and interpreted with expression and feeling. The style of playing Héctor's guitar Rodríguez is characterized by simplicity and musicality with guitar solos that generate a melody in turn. In “The northern lights” it participates as invited musician José Luis Rey in keyboards. The title of the CD evokes the well-known natural phenomenon as Aurora Boreal that represents the concept of this work very well of take place in the listener positive emotions.

“There is plenty of beautiful spiritual soundscapes on Hector Rodriguez' album Las Luces del Norte. All its nine pieces reveal a very gifted musician who is using creatively its diverse musical influences from jazz to prog rock to create a music with substance and meaning.” Stephen - jazzworldquest.com

“ Hector Rodriguez is a very talented jazz-fusion guitarist from Argentina. This is second cd as leader, and on his own label at that. He had the bright idea of producing everything by himself using 24-bit resolution recording. Hectors straight-ahead progressive jazz rock style is very easy on the ear, with his nine original compositions presented here.The guitarist blends well with the keyboard companion, and the outcome is a generous portion of well delivered music that never leaves the listener behind. Cosas Simples/Simple Things is a wonderful work that deserves much air time on the radio, and so is the title track The Northern Lights/Las Luces del Norte. For those jazz listeners who want to hear something refreshingly new and progressive, this CD will fill the bill nicely. Each song is perfectly performed by musicians who care what they are saying musically and want to share those special feelings with the listeners. Excellent performances. The recording quality is excellent.” Activ Salim - metalhaven.livejournal.com

“Beautiful piano to open the song and then with the addition of the keyboard. the song becomes very relaxing like laying in a field of grass. the solo at 2.27 sounds real cool with the effect. nice jazzy flowing guitar solo, especially like the second solo with a little more energy and distortion and better scale runs.cool overall song thats builds slowly into a jam at the end.” Review about 'Asunta' for Mike Kirkhart - Musician

“Arrangement is well thought out and the subtle positioning of the instrumentation helps fight against aural boredom. I'd take a tune like this over any of the mundane highly regularized and formulated crap in the garageband pop category anyday.Overall, well done and the writer gets bonus points for staying away from formulas while creating a nice organic piece which is enjoyable across any genere.” Review about 'Asunta' for G. Bandit - Musician

“The song grows from a whisper into a very powerful tune that covers the whole sonic spectrum. The guitar lead is my favourite. An excellent crisp sounding lead that is played well with some good feeling.” Review about 'Asunta' for Adam Carter - Musician 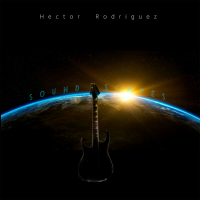 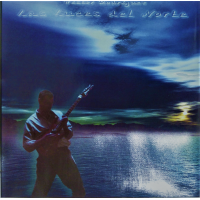 All About Jazz musician pages are maintained by musicians, publicists and trusted members like you. Interested? Tell us why you would like to improve the Hector Rodriguez musician page.