Once you’ve heard what bluesman Henry Butler’s hands can create on those ivories, there’s no going back. Those hands boogie that keyboard like no one else’s. Throw in a classically trained voice aching us through the blues, and you’re someplace you have never been before and would give anything to return to, again and again.

Considered the premier exponent of the great New Orleans jazz and blues piano tradition, Butler is a ten-time Pinetop Perkins (formerly W. C. Handy) Best Blues Instrumentalist Award nominee. A rich amalgam of jazz, Caribbean, classical, pop, blues, and R&B, his music is as excitingly eclectic as that of his New Orleans birthplace.

A rich amalgam of jazz, Caribbean, classical, pop, blues, and R&B, his music is as excitingly eclectic as that of his New Orleans birthplace. Blinded by glaucoma at birth, Butler has been playing the piano since he was six years old, and arranging, composing, and performing professionally since he was twelve.

A New York Times review of a performance at New York City’s Jazz Standard described Butler as “percussive in his attack, ostentatious with his technique…the picture of stubborn mischief — and, not coincidentally, of New Orleans pianism. He obliged the spirit of the occasion with his own stylistic consommé: billowing whole-tone glissandi; furrowed, Monkish hiccups; boppish two-handed octaves; flare-ups of funk and Chopin.”

Considered the premier exponent of the great New Orleans jazz and blues piano tradition, Butler’s sound has been influenced by the streets (he grew up in the Calliope Projects in New Orleans, has traveled the world, lived on both coasts and in the heartland); by studying with the greats (Alvin Batiste, Sir Roland Hanna, Professor Longhair, and James Booker, among others); by institutions (Louisiana School for the Blind, Southern University, Baton Rouge, and Michigan State University); and by his willingness to explore new boundaries and to take risks.”

To date, Butler has played almost every major club and festival in the United States, as well as venues in Brazil, France, Norway, Italy, Japan, Australia, and more. For over forty years, he has conducted workshops, clinics, and master classes throughout the country; he also developed a camp for blind and visually impaired teen musicians, the subject of a 2010 documentary, The Music’s Gonna Get You Through.

Butler’s photographs exploring the sighted world’s relationship with the flat representational image and its power continue to be exhibited nationally and internationally and appear in major newspapers across the country. He and his photographic work were featured in the recent documentary Dark Light: the Art of Blind Photographers, and his work is included in the exhibition Sight Unseen: International Photography by Blind Artists, still on tour.

The most recent of his many CDs is Viper’s Drag (with Butler, Bernstein & The Hot 9) on Impulse! It follows PiaNOLA Live, with works pulled from his rich archives, about all that survived Hurricane Katrina, which decimated his home and took his piano, Braille scores, and all his recording equipment. Butler can also be heard on recordings by other musicians, including Cyndi Lauper, Jeff Golub, and Odetta, and on the 2012 release of Treme, Season 2: Music from the Original HBO Series.

Whether it’s as a soloist or with his blues groups (Henry Butler and the Game Band, and Henry Butler and Jambalaya), his traditional jazz band (Papa Henry and the Steamin’ Syncopators), or the “vampy, bouncy, playful, and saucy” Butler, Bernstein & The Hot 9, you’re in for the ride of a lifetime. Show less

Correspondence: Butler Did It

Denver Jazz Musician All Too Familiar with Devastating Effects from a... 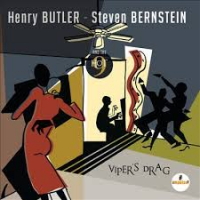 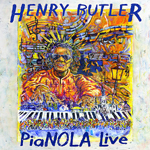 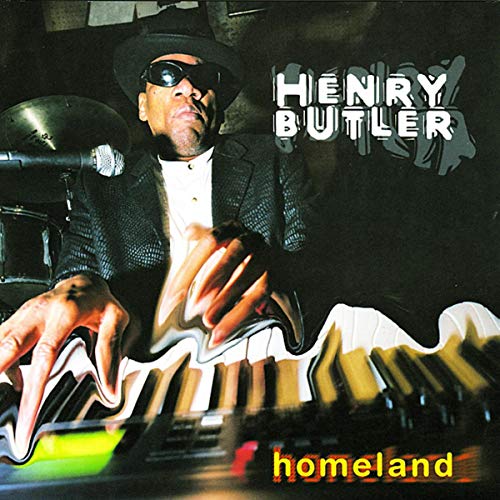 All About Jazz musician pages are maintained by musicians, publicists and trusted members like you. Interested? Tell us why you would like to improve the Henry Butler musician page.