Herbie Nichols is a perennially neglected jazz pianist and composer. He recorded less than half of his 170 compositions on three classic trio albums for Blue Note and one for Bethlehem before dying of leukemia at the age of 43 in 1963.

He is often compared to Thelonious Monk, and his piano playing and compositions certainly do have some of the harmonic angularity people associate with Monk. But he had a very distinctive sound of his own, more melancholy and, for lack of a better word, poetic than Monk in many ways. In fact, Nichols was something of a poet, as the titles to his tunes suggest. And he was fully Monk's equal in the quality and individuality of his tunes. He is held in high critical esteem within jazz, although his tunes are still not widely recorded. Outside of jazz circles, the only tune of his anyone is likely to know is “The Lady Sings the Blues,” which Billie Holiday set lyrics to and adopted for the title of her autobiography.

Nichols was born in New York in 1919 and died there forty-four years later. In the course of his brief life he was for a time an associate of Monk's, though to consequently call his music Monk-like is to do it a grave disservice. He played with amongst others Milt Larkin and Rex Stewart out of economic necessity. His own harmonically extraordinary music was no small distance removed from theirs.

This is not to imply however that his music amounted merely to an academic exercise. As it was to be with Andrew Hill some years later, Blue Note records afforded Nichols an unprecedented opportunity to record his own music, and he made full use of it, as the three CD set of “The Complete Blue Note Recordings” shows. The music found here comes exclusively from his pen and it was recorded in a bout of concentrated recording activity between May 6, 1955, and April 19, 1956. It was all performed in the trio setting, and throughout Nichols plays with a variety of virtuosity that couldn't be included in any jazz curriculum.

As a player he has capable not only of dark lyricism but also of writing melodies so harmonically adventurous that they can make the listener laugh out loud over their audacity. Furthermore, his music was in a rhythmic league of its own, and Nichols was indeed fortunate in the drummers he worked with in his brief recording career these Blue Note sides find him in the company of both Art Blakey and Max Roach.

In his lifetime Nichols only put out four records under his own name, three for Blue Note and one for the even smaller Bethlehem label, this time in the company of Dannie Richmond, Charles Mingus's drummer of choice. This date offers listeners evidence of his way with a standard song or two.

The music of Herbie Nichols is undoubtedly an acquired taste. Whilst he plowed an individual furrow he did so with clarity of purpose and vision. The irony of it is that if he were alive today he would probably have to work outside of music in order to make a living. The passing of time has moved several steps away from the recording and marketing of music as idiosyncratic as his. As such, his life was and is a stark example of the gulf between art and commerce.

Herbie Nichols' Third World: Music and an Interview with Biographer... 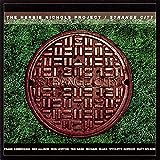 The Art Of Herbie...

Out Of The Shadow 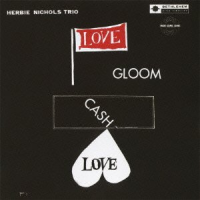 All About Jazz musician pages are maintained by musicians, publicists and trusted members like you. Interested? Tell us why you would like to improve the Herbie Nichols musician page.