Reviewing Hiromi Kanda’s sophomore album, Days of Yesterday, the esteemed website All About Jazz called the Japanese-born performer an “exceptional vocalist” and noted that she “delivers a lyric with remarkable intimacy.” Prior to that, JazzTimes magazine raved about Kanda’s debut, Hiromi in Love, stating that she possessed a “solid voice” and comparing her to such giants as Linda Ronstadt, Marlene Dietrich and Astrud Gilberto. The Honolulu Star Bulletin, meanwhile, praised Hiromi’s “timeless beauty.”

Since her emergence in the American market a decade ago, Hiromi Kanda has wowed audiences here with her innate ability to embody and reinvigorate the music of the bygone era that gave us the Great American Songbook. Now, with the impending release of Seven Elegant Ballads (due via MusicGate, on Feb. 1, 2020), Hiromi’s third collection of standards and original compositions, the plaudits will unquestionably continue. The title is self-explanatory, but nothing can prepare a listener for the all-encompassing richness of Hiromi’s dynamic interpretations of these durable nuggets and her equally evocative originals, composed in tandem with her producer/husband, Yusuke Hoguchi.

Like Hiromi in Love and Days of Yesterday, Seven Elegant Ballads pays tribute to the timeless 20th century American classics that Hiromi came to love while growing up in Japan. Although physically she was thousands of miles from the source of her inspiration when she first heard those songs, “I have enjoyed that sound and style all my life,” she says. “I love the standards and the old movie musicals. I feel that the music of this period and genre in America—the classics written by Cole Porter, George Gershwin and Gus Kahn—as well as the wonderful arrangements of Nelson Riddle and Billy May, may be the most musical and romantic ever written. The feelings of romance and the stories about relationships are universal and will always touch people’s hearts. Also, the big band sound makes it so big!”

In order to realize her musical dream and achieve that bigness, Hiromi came to Hollywood, where she first recorded the songs that comprise Days of Yesterday and now Seven Elegant Ballads—produced by Yusuke—at the legendary Capitol Studios with a full 50-plus-piece orchestra. Working with Hiromi on the album was the multiple Grammy-winning producer/engineer Al Schmitt (Frank Sinatra, Natalie Cole, Ray Charles, Diana Krall).

“I am so glad to have had the opportunity to work with Al engineering,” says Hiromi. Her enthusiasm is shared by Schmitt, who says, “What an unexpected treat to work with Hiromi. She has a wonderful voice and has love and respect for that classic era of music. She’s a great talent.”

Seven Elegant Ballads features such reliably endearing numbers as the Charlie Chaplin-penned “Smile,” as well as such familiar titles as “A Nightingale Sang in Berkeley Square,” “Moonlight in Vermont,” “Around the World” and “Don’t Blame Me.” The two original Kanda-Hoguchi compositions, “Days of Yesterday” and “Twilight Tears,” were introduced on the album that shares its title with the first of those two tracks.

“Our original ballads,” says Hiromi, “are personal expressions of romantic themes. In that way they are similar to the classics. The instrumentation and arrangements were definitely built around songs in the style of the Great American Songbook.”

Three tracks on the record spotlight the late Joe Sample—best known as one of the founding members of jazz legends the Crusaders—guesting on piano. Hiromi recalls being thrilled to collaborate with Sample, calling him “one of the greatest keyboardists ever to live.”

For Hiromi, recording Seven Elegant Ballads, like the two preceding releases, was the culmination of years of hard work. Long before she ever knew she wanted to sing professionally. Hiromi remembers vividly how this music came into her life.

“I was born in Nagasaki, which has a U.S. military base,” she recalls. “American people lived in our town. That is how I was first exposed to this style. Then my family moved to Osaka, and after that I met my husband and we lived in Tokyo, where we worked in the music business. We then traveled to Oahu, Hawaii, and we loved the island very much: ‘Oh, here is paradise!’ We moved to Oahu and built a house there. I later recognized that it was a step in the realization of my music dream.”

Hiromi’s first break toward fulfilling that dream came at age 19, when she finished in first place on the Japanese TV contest A Star Is Born, a precursor to our own American Idol. “There were hundreds of thousands of contestants,” she says. “I won and was immediately signed to Polydor Records in Japan. After my debut, I had hit songs and received awards. That was great, but one year later, my production company wanted to change my image and style. I wanted to create my own songs, so rather than change, I stopped singing. Three months later, I started writing song lyrics for well-known Japanese artists.”

Only when Hiromi realized that she could do it her own way did she find success, and she readily shares credit for with Hoguchi. “My husband and I had a challenging dream to be in the American music business,” she says. “I was a singer in Japan, but I wanted to sing in the U.S.A. To realize my dream, my husband worked with me for years to prepare. He is a very accomplished composer as well. We had no idea how long it would take. Then, years later, the road appeared before us and we began the journey. The world we imagined for so long was becoming a reality. The American standard melodies are so special to me and I thought, now I want to sing again and with so much more feeling and desire. That was when I returned to my music career.”

Recently Hiromi has expanded her reach into the area of publishing, writing and illustrating a juvenile novel, Goog Became a King, which includes music by Hoguchi. She is currently involved with creating videos to accompany the music on Seven Elegant Ballads and plans to perform her music live in Honolulu next summer.

For Hiromi Kanda, the journey that began halfway around the globe with a desire to put her own voice to the American standards she loved so much now continues with Seven Elegant Ballads. She no longer simply pays tribute to her favorite style of song, but has become one of its greatest proponents.

“The year 2020 will be a very special one for humankind and all creatures and plants on Earth,” says Hiromi in closing, “and Seven Elegant Ballads, with its romantic songs, expresses my desires for all to have pleasure and romance in their lives.” Show less 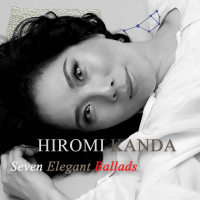 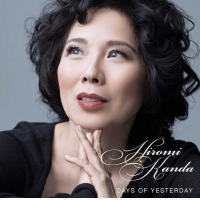 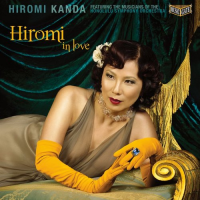 All About Jazz musician pages are maintained by musicians, publicists and trusted members like you. Interested? Tell us why you would like to improve the Hiromi Kanda musician page.