'El Negro' Hernandez was said to be the most talented and innovative percussionist in the world, even before being awarded a Grammy in 1997. Whether performing with jazz-legends like McCoy Tyner or Michel Camilo, rock-stars like Carlos Santana and Stevie Winwood or in notable Latin American ensembles like the Tropi-Jazz All Stars of the late Tito Puente, 'El Negro' has also shown himself to be one of the most forceful and versatile musicians in the international music scene today.

Horacio Hernandez was born into a very musical family: His grandfather played the trumpet in, for instance, the famous Septeto National, and brought the traditional Cuban influence into the family. His father listened to jazz programs on Cuban radio, and his elder brother was fond of rock-music from the Beatles to Led Zeppelin. Horacio got his nickname 'El Negro', The Black, even before birth as an affectionate reference to his brother's best friend, who lived in the neighborhood.

Already in his earliest youth Horacio showed a talent and preference for percussion. He began with the percussion instruments in the family, practiced later on a lent drum-set and finally took lessons. These were at first with Fausto Garcia Rivera, who had been trained in America, then with Enrique Pla, the percussionist of the legendary Cuban group 'Irakere', to which Arturo Sandoval and Paquito D’Rivera likewise belonged. Horacio Hernandez began studying at the National School of Arts in Havana, but even during his years of study he began to play with the saxophonist Nicolas Reynoso, to whose band belonged also the pianist Gonzalo Rubalcaba.

A big chance of letting off musical steam and showing his versatility came, as Horacio Hernandez worked as resident percussionist for EGREM-Studios, one of the biggest groups of studios on Cuba. Here he drummed for many rehearsals, sometimes for as many as 20 hours a day, traveling between studios and snatching intervals of sleep on an old mattress rolled up in an adjacent room. At last he became the full-time drummer in the Rubalcabas group 'Proyecto', with which he appeared for the first time abroad and made an international reputation for himself in music circles. For seven years he toured the world with this group and recorded seven albums, astonishing his hearers both with his unusual way of playing as also with his unusual set of drums. Horacio Hernandez is truly ambidextrous, being able to play the leading pattern with either hand or to play the basic rhythmic figure of Afro-Cuban music, the clave-beat, with his left foot on the high-hat or the cowbell with the foot-pedal, while his right foot supports the base line, and his hands quite independently play highly complex rhythms on the bongos and timbales, which he often includes, instead of the classical toms, in his drum-set.

n 1990 Horacio Hernandez felt it high time to let his talent be recognized beyond the borders of Cuba, so during a tour in Italy he applied for political asylum in the USA, whose officials, however, felt that they had enough musicians already and refused entry. His red tape with the authorities lasted three years, during which time he taught percussion in Rome in the Timba Centro di Percussion. In 1993 he was then allowed to move to New York but not to move on from there, so he had to turn many offers of tours down. This had, though, the positive effect of intensifying his studio work and his presence on the New York podiums with musicians like Dave Valentin, Paquo Vazquez, Daniel Ponce, Ed Simon and Dizzy Gillespie’s United Nations Orchestra under the baton of Paquito D’Rivera.

After the restrictions on travel were lifted, Horacio 'El Negro' Hernandez soon became one of the most wanted and well known young percussionists in the country. Especially worth mentioning is his work with Michel Camilo, as also on Kip Hanrahan's “Deep Rumba” project. His big breakthrough outside the jazz-scene came as a percussionist in 1997 for the album “Supernatural” from Carlos Santana, which brought him his first Grammy Award. He also leads his own Latin Jazz ensemble, Italuba, as composer and drummer.

Besides appearing at concerts and studios all over the world, Horacio Hernandez finds time to issue instructional books and videos like Conversations In Clave' and Traveling Through Time, which is a collaboration with conga master Giovanni Hidalgo. He is currently on tour with Giovanni and John Santos, another percussion master. Show less 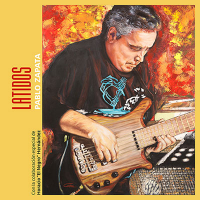 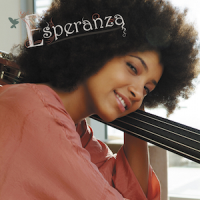 Robby And Negro At...

All About Jazz musician pages are maintained by musicians, publicists and trusted members like you. Interested? Tell us why you would like to improve the Horacio "El Negro" Hernandez musician page.