Get swept off your feet as Hvalfugl invites you into their alluring universe where tales from the ancient music tradition of Scandinavia are united with the sound of the modern nordic tone. In the intersection between the lightly flowing and the great and heavy, we find the folk trio Hvalfugl - a band that have created a sound that is entirely their own, through beautiful melodies inspired by both the Danish and the Swedish folk music tradition. In this universe the sun can shine from a clear sky, and the rain can fall from a dark and grey November cloud. Hvalfugl’s original compositions are both beautiful and melancholic, and from the first note they create an intimate atmosphere in the space they inhabit with their music.

Hvalfugls primary source of inspiration is the Danish and Swedish folk music traditions, in which the melodies were written with the purpose of being easy to play and sing along to. For that same reason it has been the strongest and most recognizable melodies that have survived the longest. Hvalfugl applies the same principle when making their music. The melodies must be so intuitive and understandable that anyone who listens, are touched by them.

In 2017 Hvalfugl released their debut album “By” (City), which has been critically acclaimed in several countries.

Read more articles
The music of Hvalfugl is so damn beautiful. The trio’s debut album By stakes out territory where Scandinavian folk and Nordic Jazz share a border, which means you’re gonna get some lovely melodic imagery set in an environment where a thick, moody ambiance has all kinds of potency. (Dave Sumner, Jazzblog Bird Is The Worm)

”It neither shouts nor stamps its feet, but this delightful debut release from Scandinavian trio Hvalfugl exudes crystalline warmth and a certain spacial delicacy – a beacon of serenity above the throng of high-energy jazz.” (Adrian Pallant, AP Reviews) 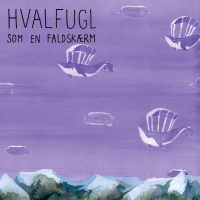 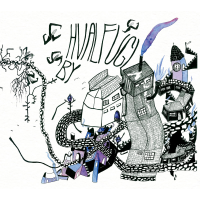 All About Jazz musician pages are maintained by musicians, publicists and trusted members like you. Interested? Tell us why you would like to improve the Hvalfugl musician page.