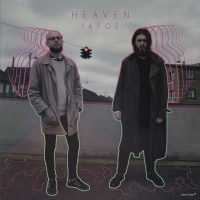 The drums/sax duo, Heaven, is the collaboration between danish sax player Henrik Pultz Melbye and Norwegian drummer Ole Mofjell, performing fast, highly energetic, old and new school free jazz. Inspired by European free improvisation, 60's New York loft avantgarde and ethiopian jazz, this duo is not afraid of combining strong rhythmic and melodic ideas, with stretches of more noisey non-idiomatic sounds. With a huge amount of personality and courage to not do the same thing twice, these two musicians are here to prove that it is not impossible to walk in the footsteps of the legendary drum/sax duos which have come before. Norwegian drummer, Ole Mofjell is known for his fast paced, energetic drum playing. He has been heard playing with musicians including Laura Toxværd, Thurston Moore and Tobias Delius. Danish saxplayer Henrik Pultz Melbye has been touring all over Europe with the avantgarde-rock band SVIN. He has also released records with his award nominated trio and as a solo saxophone act. He’s an agile and curious saxophone player constantly exploring new ways to play the saxophone. Video: https://www.youtube.com/watch?v=dk5rw7OLDZg Soundcloud: https://soundcloud.com/henrikmelbye/heaven-tk-5 www.henrikpultzmelbye.com www.facebook.com/henrikpultzmelbye

The Sudden Bird of Waiting

On The Tender Spot Of Every Calloused Moment 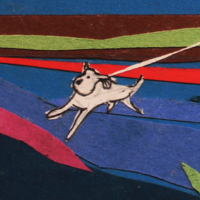 Songs of the Decades

All About Jazz musician pages are maintained by musicians, publicists and trusted members like you. Interested? Tell us why you would like to improve the IAPOE musician page.