Throughout his musical journey, Igor's output has proven adventures and contradictional, both a natural product of Russia and a planetary act. His work output is a living complex of modern tendencies, comprehensible in all cultures.

The son of a Russian father and mother, Igor was born in the city of Moscow. He studied piano from the age of six and started to pick up guitar as a teenager. These were the seeds. And the soil, of course, is his homeland of Russia. A composer by training, Igor studied guitar with the famed teacher Michael Esacoff in Moscow, and it was at his insisting to investigate jazz legacy that Igor's explorations began in intensely serious form. He digged deep into the culture of Be-Bop, the Cool school, and spent time with various Avant-Garde systems, all the while working on a characteristic voice as a guitar player. Approximately, at that time Igor organized two improvised formations : Roof and Asphalt, representing free-style experimental music and rock avant-garde respectively. Music of this groups documented on different labels in Russia, Germany, and Great Britain. Over the last twenty-five years, the music of Igor has brought us, with its unique cultural legacy, an uncommon depth.

Ogogo/Linden CD is in Stores 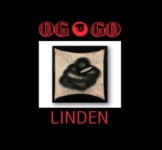 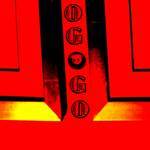 All About Jazz musician pages are maintained by musicians, publicists and trusted members like you. Interested? Tell us why you would like to improve the Igor OGOGO Grigoriev musician page.