Originally from Germany, Ingrid Laubrock started having music lessons at the age of four and began to play classical piano and sing in local choirs aged eight. Her first recording experience dates from that time, singing the solo voice in an arrangement for an a capella choir. Throughout her childhood she performed in church choirs and public concerts at the local music school.

In 1989 Ingrid left Germany for London where she took up the alto saxophone.

A year of studies with ex-Jazz Messenger Jean Toussaint followed in 1992. Soprano and tenor followed shortly afterward. In 1993 she met singer Monica Vasconcelos and guitarist Ife Tolentino, both from Sao Paulo in Brazil.

Ingrid is one of the founding members of Brazilian quartet NOIS4 and also a long-time member of Vasconcelos' 9-piece band NOIS. NOIS4 has been a supporting act for Joyce, Gilberto Gil, Bryan Ferry and Airto Moreira/Flora Purim. During the summers of 1998 and 1999, Ingrid studied with renowned saxophonist and educator David Liebman in the USA. She was nominated as “Rising Star of the Year” in the BT Jazz Awards for 1999. Also in 1999, Ingrid completed her postgraduate jazz course at the Guildhall School Of Music & Drama. During that year she studied and performed with David Liebman, Kenny Wheeler, Billy Cobham, Stan Sulzman and Jean Toussaint.

2004 Ingrid was awarded the BBC Jazz Award for Innovation as part of the F-ire Collective and in 2005 she was nominated for the BBC Award as “Rising Star.”

In January 2006 Ingrid was awarded the prestigious Fellowship for Jazz Composition by the Arts Foundation.

Ingrid has been interested in working in different fields, collaborating with contemporary classical group The Continuum Ensemble and and theatre director Annabel Arden, as well as with dancer/choreographer Frauke Requardt, who choreographed a show to Ingrid's music.

A Saxophone is Her Only Constant 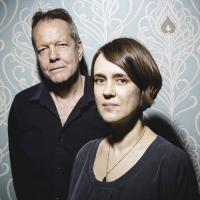 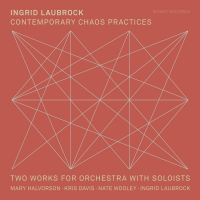 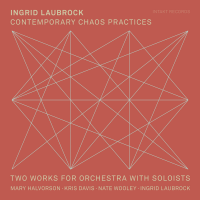 From: Close Up
By Ingrid Laubrock

From: Close Up
By Ingrid Laubrock

All About Jazz musician pages are maintained by musicians, publicists and trusted members like you. Interested? Tell us why you would like to improve the Ingrid Laubrock musician page.