Recorded 6 albums of her own compositions in France and in Germany, and a DVD. She composed music for theater, film scores, exhibitions, poetry, dance and puppet shows. She has been nominated for the French Victory of Jazz for “Year Revelation” and received an “Outstanding Musicianship“award from the Berklee School of Jazz in Boston.

Read more articles
“This musician [...] never fails to “ magical “ aesthetics attached to it. Alone or faced with electronic machines by Olivier Sens, she develops a language almost Monkish, refusing any gratuitous virtuosity in favor of an exploration of the potentialities of this instrument.” Bernard Loupias - Le Nouvel Observateur

“Between the notes and silence, harmony and dissonance, purity and artifice, the heart of Isabelle Oliver continues to swing. This graceful indecision gives all her wealth to expressive music and narrative, which is finally able to be collected without being consensually crass.”Richard Robert - Les Inrockuptibles

“This musician [...] never fails to “ magical “ aesthetics attached to it. Alone or faced with electronic machines by Olivier Sens, she develops a language almost Monkish, refusing any gratuitous virtuosity in favor of an exploration of the potentialities of this instrument.” Bernard Loupias - Le Nouvel Observateur

“Between the notes and silence, harmony and dissonance, purity and artifice, the heart of Isabelle Oliver continues to swing. This graceful indecision gives all her wealth to expressive music and narrative, which is finally able to be collected without being consensually crass.”Richard Robert - Les Inrockuptibles

Isabelle Olivier does not prompt to write about the music but to rush to the instrument. She does not seek to keep music as a sweet and intimate secret, but raises the thirst for transmiting it, while sharing the good news : that jazz is not dead.” Mathieu Durand - Citizenjazz.com

“We fell in love with this harp that fits into a beautiful quintet featuring an original and innovative repertoire. Beautiful music, wild and free as the ocean, open to all directions and in all climates, for which each composes and infuses his own poetry to all.”Lionel Eskenazi - Jazzman

“Who could make the harp and the harpist an ethereal idea, Isabelle Olivier brings a surprising contradiction. Though not to imagine by any means a fierce harpy against beauty. She is primarily a jazz musician, experimenting with her instrument (and the complicity of Olivier Sens on computers) shapes her new intriguing album, “Island # 41” which holds one's attention.”Michel Contat - Télérama Sortir

“In any event, she makes the most of “the depth and strength” of her instrument, equating it to the colors and singing of “Ocean.” [...] she associates with pleasure strings and winds to deliver music which is very open, malleable, to address an unexpected shore via a unique confrontation between the instrument and electronic textures by Olivier Sens that appear to be timeless.” Robert Latxague - Jazz Magazine

“Four years of waiting for the new disc Isabelle Olivier [...] and this is not the least of her qualities that has managed instead to make an album that is dominated by the intimacy of listening around shared compositions by Isabelle Olivier and his guests. Work in itself, it is almost artisanal, giving rise to the raw and refined. An album very zen where

everything is played with intelligence, buttoned foil. An album where each musician works the material in its own way with the same manner of refining and denudation and from that emerges the richness of this harp with which Isabelle Olivier reveals here all possibilities. All there is, harmonics weave superbly with the sounds of the accordion to mutinous parentheses (Wae) or moving (My Foolish Harp) singing whispered Youn Sun Nah impassioned speech to a particularly inspired Sclavis. As for Peter Erskine, here is the sign of a great duo (harp / drums) put in full light such subtle discourse of Isabella Oliver. Here the harp is both discrete and present, percussive, harmonic, melodic and heavenly. We remove without regret the mix by Olivier Sens at the end of the album where the musicians come together artificially in order not to break the spell of this album between dreams and whispers.” Jean-Marc Gelin - Jazz Magazine

“Before listening to Isabelle Olivier, you should leave aside all the secular cliches circulating on the harp. For years this young woman has liked to rub the instrument of the Muses to all sorts of musical backgrounds: computer Olivier Sens (duet Island 41) or the saxophone Sébastien Texier (Quintet Ocean). If the harp falls from her pedestal for hanging out with jazz, improvised and electronic music, it still comes out as even more, mysterious and captivating. In her new album, “My Foolish Harp,” the musician moves on by inviting to the party the delicate voice of Youn Sun Nah, the prestigious drums of Peter Erskine, the moving Louis Sclavis on clarinet or accordion player David Venitucci.” M. Durand - La Terrasse 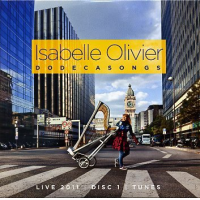 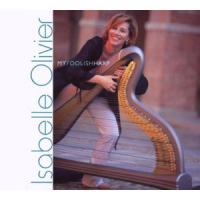 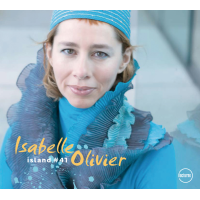 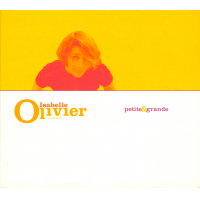 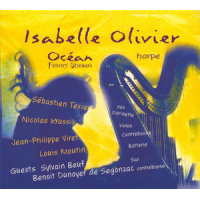 From: OASIS
By Isabelle Olivier

All About Jazz musician pages are maintained by musicians, publicists and trusted members like you. Interested? Tell us why you would like to improve the Isabelle Olivier musician page.