Home » Musicians » Discography » It's About Time 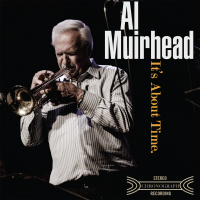 A beloved musical director, sideman and performer for decades it’s about time Al Muirhead takes center stage. Celebrating the release of his debut solo album aptly named “It’s About Time” on Chronograph Records, Al is joined by a star-studded backline including longtime friends and collaborators Tommy Banks (piano) and PJ Perry (sax), plus Tyler Hornby (drums) and Kodi Hutchinson (bass). Its just the latest highlight in a career that has spanned six decades. Now 79 years old, Al has been so busy over the years as a Musical Director, band leader, arranger, teacher, and session musician, and so it’s not surprising this is his first recording as a leader. “This album is something that’s been a long time coming; something that needed to happen for him,” says Hutchinson. “It’s amazing to watch Al. For him, it’s about the music. He grew up on the bandstand, and he plays better than guys half his age.” The album is a mix of full band, trio and duo tracks that let Muirhead unleash melodies that are at once incredibly inventive and utterly timeless. “It’s About Time” is by any measure a crowning achievement, but with a full schedule of shows, festivals and touring, Al Muirhead isn’t exactly resting on his laurels.

...Being Astral And All Registers - Power Of... 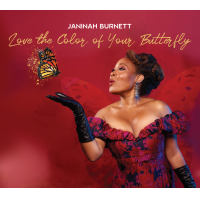 Help improve the It's About Time page

All About Jazz musician pages are maintained by musicians, publicists and trusted members like you. Interested? Tell us why you would like to improve the It's About Time musician page.