After searching for the most suitable way of expression, he devoted himself to music attending seminars and getting diplomas in Saxophone and Jazz Music. Since the early 90s he has been leading figure within music groups comfortably moving from improvised music to other forms of art, always proposing his own compositions. He reinforces his musical activities by devoting time to Zen phylosophy. He performed with Henry Threadgill, Mathias Ruegg and Bruno Tommaso’s orchestras. 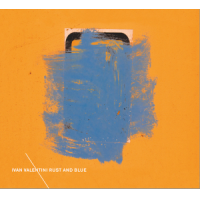 All About Jazz musician pages are maintained by musicians, publicists and trusted members like you. Interested? Tell us why you would like to improve the Ivan Valentini musician page.