Born in Madrid in 1988, Jaby Sanchez is a soulful guitarist, singer and composer. His personal way of understanding music and the passion he implies to his interpretation makes his work a unique listening experience.

With a strong blues base and guitarists such as Steve Ray Vaughan, Grant Green or Robben Ford in mind, Jaby leads several

blues-fusion projects since 2008 on, which helps him to become a well-known face in Madrid's blues scene. By then, he also starts digging deeper into jazz studying in Escuela de Música Creativa, where he would get the Fundación Música Creativa Scholarship for two years, while studying a Music Education Degree in Universidad Complutense of Madrid. Meanwhile, he also works regularly as sideman with several different bands, both performing in live and recording in studio.

In 2014, Jaby Sanchez moves to Dublin after auditioning to get into Newpark Music Centre, where a place in third year of the Bachelor in Jazz Performance is offered to him. After the first months, Jaby is already performing regularly with his own band (Jaby Sanchez duo/trio) and several different bands in both Spain and Ireland.

In the summer of 2015, he decides to record his first personal album, “Inner Blossom”, that would be released on September, 2015.

Apart from his music career, Jaby has been teaching extensively for the last years, working in several music schools in Madrid and also giving private lessons to advanced students and professional musicians who needed to reinforce harmony, aural skills or improvisation concepts applied to the instrument. 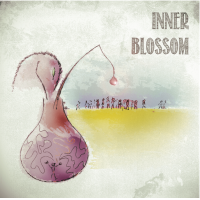 All About Jazz musician pages are maintained by musicians, publicists and trusted members like you. Interested? Tell us why you would like to improve the Jaby Sanchez musician page.