From the age of five, he studied music theory, then the traditional clarinet in Paris followed by saxophone studies at the conservatory of Lyons (the Lyons school of French classical saxophone) where he achieved a gold medal.

Essentially self-taught in jazz and deeply influenced by classical and religious music, his musical education has been supplemented with great jazz musicians such as Bill Dobbins, Ramon Ricker at Eastman school and David Liebman in New York.

Other musical dimensions include being a member of the full orchestra of Jean Louis Longnon Claude Cagnasso, member of the Michel Perez de Mario Stanchev group with whom he played alongside Jay Anderson, Steve Swallow and Adam Nussbaum, also member of 'the O.R.J' (the Rhone-Alp big band). He founded the group 'Touch' with Brian Bennett, David Chevalier, François Verly and John Taylor. Finally, Jacques Helmus can be seen in Bertrand Tavernier’s acclaimed film 'Around midnight' along with Herbie Hancock, Tony Williams et Wayne Shorter.

Currently professor of saxophone jazz at the conservatory of Lyon; 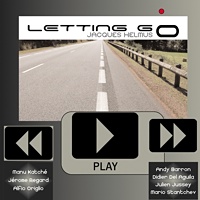 All About Jazz musician pages are maintained by musicians, publicists and trusted members like you. Interested? Tell us why you would like to improve the Jacques Helmus musician page.