Jake first began playing violin at the age of 3, and went on to study classical technique with renowned violin pedagogues Gerald Beal and Joey Corpus. Beginning studies in klezmer from age 12, he was initially a protégé of Alicia Svigals. Jake later immersed himself in related violin traditions, living in Greece, Hungary, and Romania for extended periods, becoming fluent in both the musical and spoken languages. In 2010-2011 Jake was a Fulbright Scholar based in the Eastern Romanian province of Moldavia, where he was surely the first foreigner to become a member of the famous folk orchestra “Rapsozii Botosanilor,” apprenticing himself to the orchestra’s director and master lautar violinist, Ciprian Potoroaca.

Working with the Center for Traditional Music and Dance in New York, Jake founded the Tantshoyz (dance house) program. Modeled after the Hungarian táncház movement, the Tantshoyz works to revitalize the Yiddish dance tradition and the spontaneously synergetic connection between dancers and musicians. Tantshoyz has since been replicated in a number of cities in North America and Europe.

Jake has been a faculty member of the Henry Street Settlement, KlezKamp, KlezKanada, Klezmer Paris, the Krakow Jewish Culture Festival, Yiddish Summer Weimar, and other festivals throughout the globe. His debut solo CD, A Redele (A Wheel) (Oriente Musik, 2012) was nominated for the German Record Critics' Award. His new group, Midwood, released its first album, Out of the Narrows, (Chant Records) in May 2018.

“The frenetic fiddling of Jake Shulman-Ment...makes for a danceable delight...lovely string-based feel...” -All About Jazz 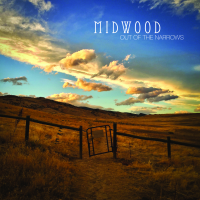 All About Jazz musician pages are maintained by musicians, publicists and trusted members like you. Interested? Tell us why you would like to improve the Jake Shulman-Ment musician page.