If Danish jazz has one genuine playboy, it must be 46-year old Jakob Dinesen – with a thick line under play. He and his sax and his good looks have romped around most of the world: Europe, Africa, Cuba, Thailand, USA, Japan and Australia. He has received just about every award a Danish musician can get – Grammys and soloist awards. When he saunters on stage, there are always a few moments of total concentration; then a crisp, searching sound emerges from the bell of his sax before starting up. Perhaps jumping straight into an improvisation, perhaps a loyal interpretation of whatever tune is on the agenda.

Behind him lies music played with Paul Motian, Kurt Rosenwinkel, Ben Street, Eddie Gomez, Steve Swallow, Tony Allen, Etienne Mbappe, Ignacio Berroa, Nasheet Waits – just to drop a few names. This has led to several albums in his own name, including EVERYTHING WILL BE ALL RIGHT with Kurt Rosenwinkel, LADY WITH A SECRET with Gomez, ONE KISS TOO MANY with Ben Street, Jakob Bro and Nasheet Waits, AROUND and DINO with Motian, and ENAMORADO EN COPENHAGUE with a large handful of the best Cuban musicians. He has also appeared on countless albums as featured guest or sideman.

Jakob Dinesen is one of the most prominent and active musicians in Danish jazz – periodically almost hyperactive, horn always within reach, and always in demand. He has been characterized as an emotional and virtuosic musician and a powerful conveyor of the great tenor jazz tradition. His expression is both progressive and deeply rooted in tradition, with one leg comfortably resting in swing, bebop, and one in something more “here-and-now-modern”. The big difference is his open mind!.

He has a deep knowledge of jazz history, a rich sound and effortless instrumental technique. Combined with a balanced style and imagination, this makes for a musician so flexible, that he can easily find his own relaxed way into any musical setting – which makes him a perfect match for strings. He never loses his own identity regardless of his surroundings. This album takes us exclusively into the heart and soul of the world of ballads.

In recent years, Jakob has spent a few months every winter in Thailand working – or whatever it is called, when you love playing, and there are plenty of opportunities to play. The Thais love jazz, there are clubs and venues all over the place, and the atmosphere is very positive.

When Jakob returned to Denmark with a duo recording with Thai pianist Darin Pantoomkomol, it was fine, but the idea of expanding it with strings, bass and drums was not far away. Two arrangers, more sessions. Good thinking in times when much is recorded in one take in a log cabin somewhere or in somebody’s soundproofed home studio. A luxury. That is how bassists Anders Christensen and Hugo Rasmussen, guitarist Per Møllehøj, drummer Jakob Høyer, and arrangers Nikolaj Torp Larsen and Magnus Hjort (also a superb pianist and talented string arranger) found their way on to the album.

Jakob first played with pianist Darin Pantoomkomol ten years ago at a hotel gig, and their collaboration has continued. He is a very meticulous and quiet musician, extremely loyal towards the ideas in the music. “He plays great”, says Jakob of the 44-year old Thai pianist, who also teaches at the jazz department at Mahidol University.

Jakob Dinesen has reached a state where he wanted to play something intimate and beautiful. Perhaps marriage and an expecting wife (vocalist Yasmin, whose name the album bears) have something to do with it.

Naturally, Jakob has heard other saxophonists with strings: Charlie Parker, Art Pepper, Ben Webster and Stan Getz, and Jakob seriously feels that he can sense the spirits of Webster and Getz in Copenhagen. “They are in the air; they ooze out of the walls. I find more and more pleasure in listening to them and trying to be in the musical world that they once inhabited. I feel this very strongly.”

He has always had a deep understanding of jazz tradition, and a rare talent for interpreting it. This fascinating collection cherishes timeless tunes like “That’s All”, “Lush Life”, “Tenderly”, and the not quite as well-known “PS, I Love You”. The rest of the tracks feature Jakob Dinesen in the role of excellent composer.

The tunes interchange between the “large” line-up with strings and the exquisite trio with guitarist Per Møllehøj and legendary bassist Hugo Rasmussen, with whom Jakob often plays live gigs. This music is all about feeling, and this is what glues the album together. YASMIN is emotional like a slow-burning fire. The album not only shows Jakob Dinesen’s abilities as performer and composer, but also the depths of his feelings in this beautiful tribute to his muse. Show less 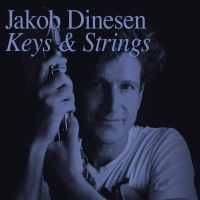 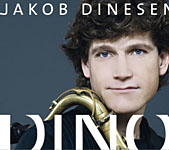 
One Kiss Too Many


Lady With A Secret

All About Jazz musician pages are maintained by musicians, publicists and trusted members like you. Interested? Tell us why you would like to improve the Jakob Dinesen musician page.