Jamie is regarded as one of Wisconsin's most in-demand and versatile jazz trumpet players. Jamie has shared the stage with many nationally recognized musicians including: Dan Nimmer, Joe Sanders, Willie Pickens, Jim Pugh, Steve Houghton, Brian Lynch, Pete Zimmer, Rob Wilkerson, Rick Germanson, Dan Kinzelman, and Carl Allen. Jamie has performed with Grammy nominated R & B artist Eric Benet, and was featured live in performance for the taping of his recent music videos (The Hunger” & “You're the Only One). Jamie has also performed with the band Brazzaville led by David Brown (of Beck fame), and comedian Bob Newhart. In 2005, Jamie was the featured artist on the nationally syndicated NPR show “SAYS YOU!”. Jamie is a regular member of the following Milwaukee-based groups, The Wisconsin Conservatory of Music Faculty Sextet WE SIX , CLAMNATION, DE LA BUENA , and his own groups, the Impressions Quintet and JAMIE BREIWICK & CHOIR FIGHT. 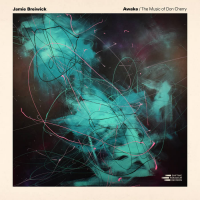 All About Jazz musician pages are maintained by musicians, publicists and trusted members like you. Interested? Tell us why you would like to improve the Jamie Breiwick musician page.