Danny Chatmon aka The Jazz Apokalypzz began his career as a guitarist at the age of 8 years old. In his teens he picked up the bass guitar but later in life began DJ work and audio technician work at his local church (for over 17 years). He bought his first keyboard in 1988 and the rest is history. His brand of jazz has morphed from what his brother used to say was “elevator music” to his own genre self-titled “ReJazz”or “Jazz Fonque.” ReJazz is the new revolution, revelation, recreation, that utilizes Dr. Robert Moogs instrument creation to produce all instruments. Dan would say that the tour de force of the synthesizer is happening now. The Apokalypzz has landed.

While most jazz purist would frown upon this form of music expression, it's plainly clear that the synthesizer has literaly taken over all genres of music. Every artist or group is using or hased used some form of synth related processing to produce the music we hear today.

In an effort to be “Keepin it real up in here”, Dan would say that it's best to just agree and not be “Outted.” The next wave of music in the Jazz Apokalypzz movement will be more four horn, violin and guitar based. It's comming soon so stay tuned. 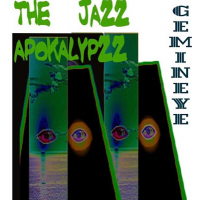 From: Gemineye
By The Jazz Apokalypzz
Last Updated: October 24, 2013

All About Jazz musician pages are maintained by musicians, publicists and trusted members like you. Interested? Tell us why you would like to improve the The Jazz Apokalypzz musician page.