Jason Keiser is a professional guitarist, multi-instrumentalist, multi-stylist, recording artist, arranger and composer based out of the Bay Area currently residing in San Jose, California.

He began pursuing the guitar at the age of 13, with his initial start in Leland High School in San Jose, California. His interest in music was heightened with the opportunity to play and collaborate with other musicians in the Leland High School Jazz Combo led by Instructor, Rian Rodriguez. This began his love for jazz and interest in different types of musical idioms and improvisation, including bluegrass and old-time music. With the introduction to the banjo by a family member and the opportunity to learn the mandolin from a friend, Jason began to divide his interest between jazz and acoustic traditional music forms. After graduating in May of 2013, Jason went on to study jazz at West Valley Community College under the tutelage of Jazz Studies Director Gus Kambeitz and local professional guitarist Rick Vandivier. Jason finished his studies at West Valley College in 2016.

In the Fall of 2016, Jason transferred to East Tennessee State University to study Bluegrass, Old- Time, & Country Music Studies, with a jazz music minor emphasis. Jason studied under professional bluegrass guitarist Wyatt Rice, professional bluegrass mandolinist Adam Steffey as well as under ethnomusicologist and professional mandolinist Dr. Lee Bidgood. Jason was also an active member of the jazz department and studied with Jason Day, Martin Walters, and performed regularly in the ETSU Jazz Ensemble & Combo. In 2017, Jason performed in the ETSU Mandolin Orchestra, under the direction of Dr. Lee Bidgood, in which the ensemble performed various works including the Nutcracker, Czechoslovakian traditional dances, Tango's, and Old-Time classics. In May of 2018, Jason graduated with his Bachelor of Arts in Bluegrass, Old-Time, & Country Music Studies with an academic honor of Cum Laude.

Jason began his Masters of Music in Jazz Studies with an emphasis in Jazz Guitar in the Fall of 2018. During his time at SJSU, he performed with the Latin Jazz Ensemble, Jazz Orchestra, Jazz Combos, performed Vivaldi's Mandolin Concerto in C major with Collegium chamber orchestra under the direction of Dr. Gordon Haramaki. He also performed with SJSU String Orchestra in SJSU & Hammer Theater production of Bernstein's MASS. He also directed and conducted the Jazz Ensemble at San Jose State University as a Teaching Associate for 2 semesters. He graduated in May of 2020 with his M.M. in Jazz Studies, studying under professional guitarist Rick Vandivier.

”There is a new gun in town and his name is Jason Keiser!”- Chris Shahin​

Jason's playing is so beautiful and artistic.” 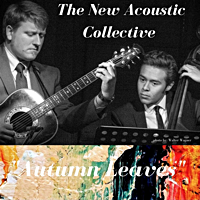 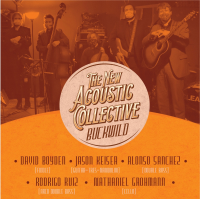 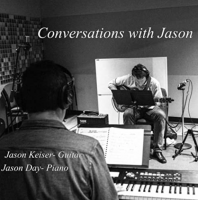 Jason Keiser
Back in California

All About Jazz musician pages are maintained by musicians, publicists and trusted members like you. Interested? Tell us why you would like to improve the Jason Keiser musician page.