As a performer, Jason has played in various ensemble and groups in Atlanta and around the country. He has shared the stage or recorded with many local, national and international artists. He's performed with Speech of Arrested Development, Debbie Gibson, The Four Freshman, Lizz Wright, Chris Potter, Scott Wendholt, John Fedchock, Michael Abene, Michael Johnson, Julie Dexter, Ronnie Cuber and many others. Locally, Jason has performed in the majority of the clubs and festivals in Atlanta, including the Atlanta Jazz Festival (1998-2008, various groups) and the Atlanta Montreau Music festival. He has had the opportunity to perform in various Latin, R&B, rock and electronic bands. Jason has performed in various chamber groups, including theatre productions of “Groucho Marx”, “Jekyll and Hyde”, “Grease” and “A Grand Night for Singing”, all productions on flute, clarinet, bass clarinet, alto saxophone and tenor saxophone. He has also performed with the Cobb and Rome Symphony Orchestras.

His performance studies are as follows: He studied saxophone and flute with accomplished Atlanta saxophonists Sam Skelton and Robert Haley. Jason studied jazz with Gordon Vernick, Gary Motley and other local jazz artists. He also studied clarinet with Les Nichols and Alexander Kirkhosky .

When he is not performing, Jason serves the students of Cobb County, GA as a private woodwind instructor and as a music teacher. Jason is also an adjunct faculty member at Georgia Perimeter College teaching Jazz History and Music Appreciation. Show less 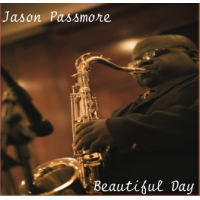 All About Jazz musician pages are maintained by musicians, publicists and trusted members like you. Interested? Tell us why you would like to improve the Jason Passmore musician page.