Degree in Jazz Guitar Improvisation and the University of Évora

Master in Music Therapy from the University of Extremadura

He studied jazz and improvisation in Spain, Italy, New York, and Portugal.

Work in different formations jazz, bossa nova, improvised music, dance, theater, and poetry, both his name as a freelance musician.

Record and co-produced his first album with Quartet Special training in the album called “Namouche” collaborate renowned musicians as Perico Sambeat, Alexis Cuadrado and Hugo Alves, all original songs. Special Quartet was nominated in the category “Best Group / Artist” and in the category “Best Album” for Namouche in II Awards Gala in Extremadura Music Sonora held on May 23, 2009 at the Grand Theatre Cáceres.

In June 2014 released their second album, SHORT STORIES, and first as a leader. Short Stories contains eleven original tracks and the group is composed of Extremadura Narciso González (tenor and soprano saxophones) and the Portuguese Diogo Santos (piano, keyboards and melodica), André Ferreira (bass) and André Mota (drums), with musicians sharing different projects. André Fernandes, one of the most prominent jazz guitarists of Portugal intervenes as a guest on “Elf Light”

Perico Sambeat on Short Stories “I know Javier few years ago, is a sensitive and enthusiastic musician, responsible for much of the jazz happens in Extremadura, the land This album is a reflection of his talent. Beautiful music played by great musicians. “

He composes music for film, theater, and dance.

He is vice president of Extremadura Association of Music Therapists AEXMU.

Participate in festivals throughout Europe jazz, dance, and theater.

As a teacher working with children and adults for over 15 years in schools, universities, and music schools, and lecturing privately.

It is a founding member of the Association BADEJAZZ, responsible for the organization of the Festival International de Jazz de Badajoz and Badejazz International Seminar.

” I Know Javier some years ago, he is a sensitive musician and enthusiast, person in charge of great part of the jazz who happens in Estremadura, his land. This disc is a reflection of his great talent: beautiful music interpreted by great musicians “. Perico Sambeat.

“ A work of composition and arrangements elogiable, with the rhythmic solid one and simultaneously subtlely that is come to add to increasingly extensive record production of the national jazz, which in many occasions does me to rethink the well-known comment of the crisis of the record sector “. Joaquín Chacón 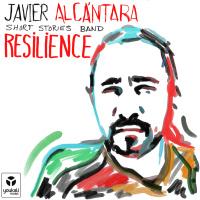 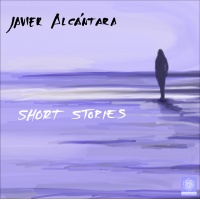 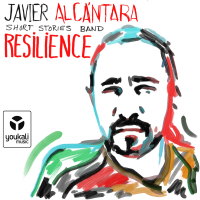 All About Jazz musician pages are maintained by musicians, publicists and trusted members like you. Interested? Tell us why you would like to improve the Javier Alcantara musician page.