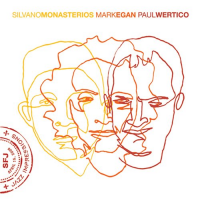 Pianist-composer Silvano Monasterios, born in Caracas, Venezuela, has lived in South Florida for several years, having come to the United States to study at the University of Miami, long a hotbed of jazz performance and pedagogy. Silvano has become a fixture in the broader music community and is widely regarded as the area s most accomplished and innovative jazz pianist. Likely because he has chosen to raise his family in Miami rather than New York, Silvano s name remains relatively unfamiliar outside of the region. Playing jazz demands many elements only a creative musician can master. Technical virtuosity is a tool for creating brilliant performances, but it alone does not assure the achievement of that goal unless it is coupled with a style, a personal conception. Silvano certainly has abundant technique. His use of harmonics and especially his rhythmic concepts evoke the influence of Bill Evans, but his long, supple melodic phrases, disciplined and intelligent, are nowhere near as brooding as Evans tend to be. Rather, Silvano s lines are often Ravel-esque interspersed with incendiary and pulse-pounding explosions; thoughtful enough to imprint a personal style on his compositions and improvisations. The notion of a pianist-led trio for this date was quickly dispelled in advance amongst the artists. Silvano teamed with two exceptional rhythm section players. Each musician contributed to this date with great care and the understanding that his skills would be equally represented in the trio unit. Electric bassist Mark Egan, a protégé of Jaco Pastorius, should not really be thought of in the same way as Jaco. Think more of the gorgeous, nearly acoustic sound of Steve Swallow, a legato attack and with a composer s mind. He is an extraordinarily alert accompanist and an intriguing soloist. Mark has earned two Grammy Awards and has played on six platinum and four gold records. Drummer Paul Wertico has worked with Mark for years, initially as founding members of the Pat Metheny Group and more recently in Larry Coryell s band. Along with his seven Grammys, he brings a healthy dose of irreverence and an earthy, sophisticated musicianship to this group. Paul is one of the major chance-taking improvisers who is blessed with astonishing technical facility and endurance.

All About Jazz musician pages are maintained by musicians, publicists and trusted members like you. Interested? Tell us why you would like to improve the JAZZ IMPRESSIONS 1 musician page.